A Solution for Book Hoarders, and Overflowing Libraries 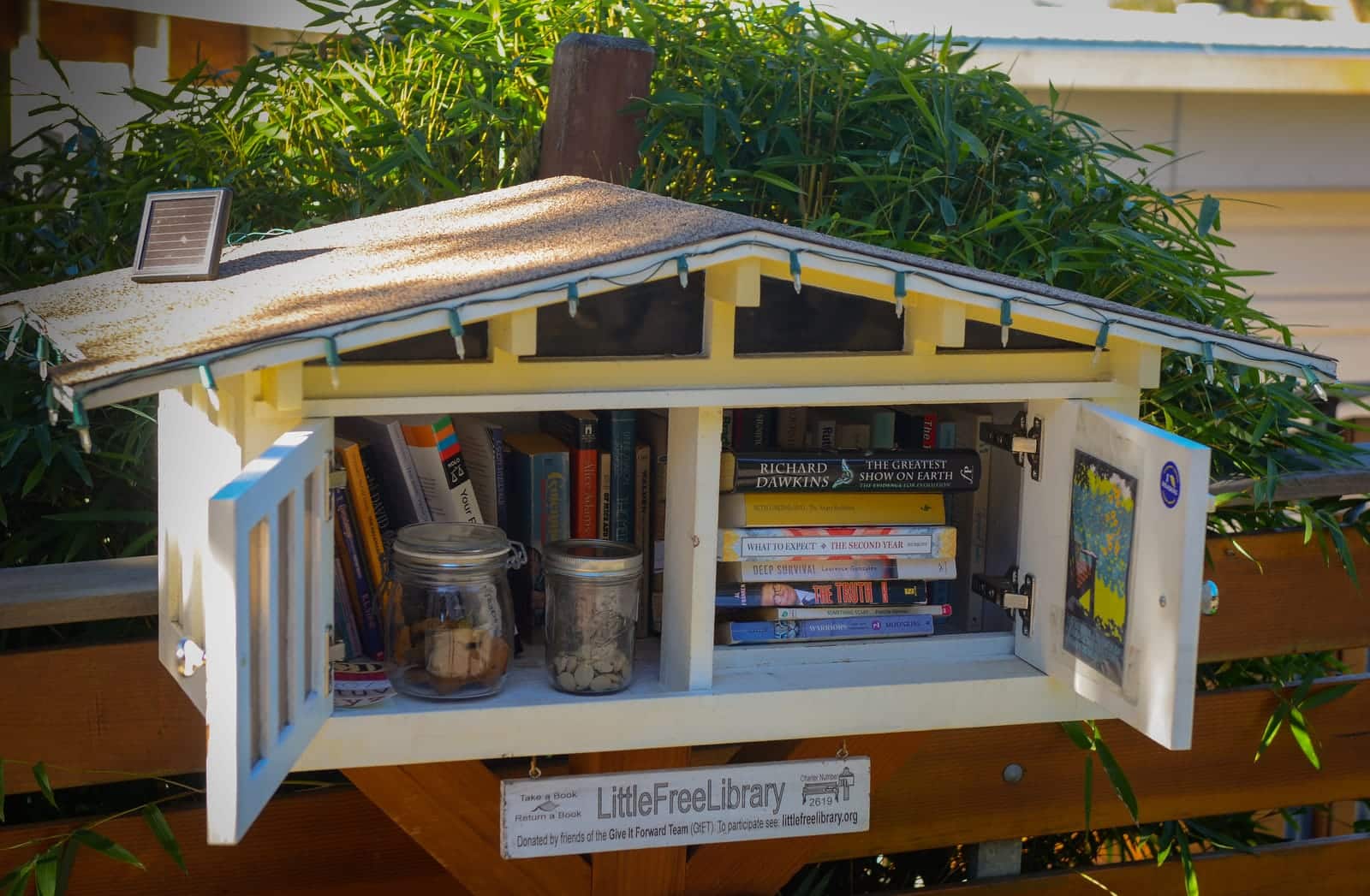 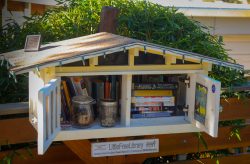 Ebook lovers never have to worry about the size of their libraries, but Christina Spencer isn’t so lucky.

She writes in the Ottawa Citizen that she needs a self-help books for getting rid of books:

How, after all, does one decide which books to discard or donate? Which criteria apply to such a literary cull? Surely this should be easy, a First World problem if ever there was one?

I could, I suppose, start with books that have been a struggle to read for years – you know, the ones where you read a chapter before setting it aside.  I can’t count the number of times I have pledged to restart and – this time, finally – finish Victor Hugo’s Ninety-Three, or Salman Rushdie’s Satanic Verses. Time to admit defeat? Not yet.

I could also re-visit the unread works. Perhaps 40 per cent of our home collection has not yet been opened: bargain acquisitions, gifts, some “duty” books we keep meaning to crack but haven’t. Harper Lee’s Go Set a Watchman, Adam Shoalts’s Alone Against the North. Should I donate from among these lonely castaways, brushing aside a potential treasure trove of stories and knowledge not yet attained? Difficult.

A much worse conundrum is books we have read. The Chronicles of Narnia, The Portrait of a Lady, Life and Fate, Cyrano de Bergerac – How could one possibly part with these jewels? I discover both a paperback and a hard copy of The Fountainhead; is this duplication necessary? Apparently.

And why are there so many Bibles lying about? We’re not religious, but no one throws out a Bible. Same for copies of The Qur’an, The Book of Mormon, The Bhagavad Gita.

Then there’s the travel and adventure reading – the vivid prose of Paul Theroux, belly laughs with Bill Bryson, Jon Krakauer’s Into Thin Air. Gathering dust in the basement is a 30-year-old collection of Michelin Green Guides. And do we still actually own two different editions of The Real Guide, Italy?

I do know where Spencer could find such a self-help book, but telling her would defeat the purpose. Instead, I’ll share my alternate solution, one which will reduce the pain of parting with treasured books while also getting them out of the house and at the same time helping the community.

If you find yourself in this situation, I think you should either buy/install (or adopt/support) a Little Free Library.

As I have written numerous times in the past, a Little Free Library is a volunteer-run neighborhood sharing library. They’re usually housed in a small structure (sometimes purpose-built, and other times a recycled newspaper box, phone booth, etc). You can find quite a few examples on Flickr.

Spencer’s column made me think of Little Free Libraries because this is the solution I wish I had pursued when I weeded my library several years ago. 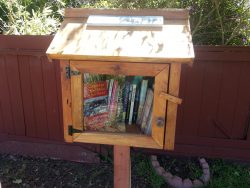 I sold the castoffs at the used book store, donated what the local library was willing to accept, and then threw away the dregs, when what I should have done was save the unwanted books and set up a Little Free Library.

That would have been a more productive use than adding to the trash problem.

In Spencer’s situation, an LFL would remove the task of culling a library all at once and replace it with a need to keep the LFL stocked as one or two books disappear at a time.

That creates a situation where you only have to ask which one book you like the least rather than pass judgment on every book in your library. That one title is the next book to be added to the Little Free Library when it starts to run low. 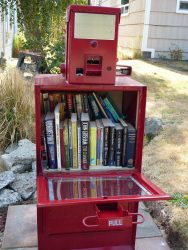 At the same time, we’re also creating a process where a personal library has a definite discard pile. So if you get a book and decide to stop reading after the first chapter, you can ask yourself if you will ever pick it up again.

If the answer is no then the book can go directly to the Little Free Library rather than taking up space on your book shelves.

How do you cull your paper book library?

I rate every book I read. A score of 7 is the highest. I keep all books that have that rating since I do reread my favorites many times. Anything 6 and lower gets donated.

I would recommend the Marie Kondo book, "The life changing magid of tyding up". It deals specifically with this issue and it really is a game changer.

Her problem is not answering the question "how do I get rid of them?" It’s "how do I let go?"

I think that psychologically it’s the same wrong instinct that compulsive hoarders have. That is they can’t throw something away because they think "what if I need or want this later?"

I read once about the two year rule. If you haven’t needed or wanted something you own in over two years, then throw it out.

The worst is when I see a bunch of books in our apartment dumpster…even though Goodwill is just a couple blocks away. Those living in poverty often don’t think about donating, however, just throwing away.

DON’T read it; DO toss it in the dumpster.

I think it’s worth flipping through the rough draft of "Mockingbird" once, just so you can appreciate the work that went into the final novel.

[…] volunteer-run libraries are often small, wooden purpose-built structures about the size of a breadbox, but some […]