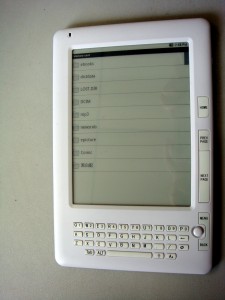 I have the good fortune to bring you the first real pictures of a new ereader, the Delyca S600k. I’ve been interested in this ereader ever since I first heard about it back in January.  Yes, it looks like a Kindle clone, but it also runs Android 1.6, and the user will be able to install apps.

It’s not on the market yet, and I don’t know what the retail will be, but I do have some information on the specs. I’ve also been told that Delyca is planning to ship the ereader with useful Android apps like FBReader.

My review unit is going to arrive some time next month.

Update: I found some new information while researching another post. Delyca has at least 1 distributor, a Russian company called Qumo. 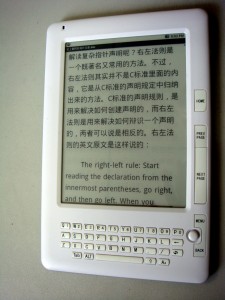 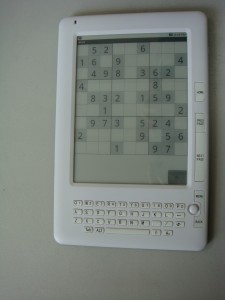 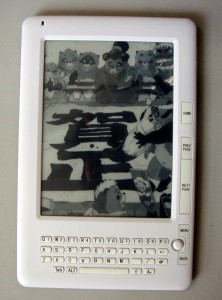 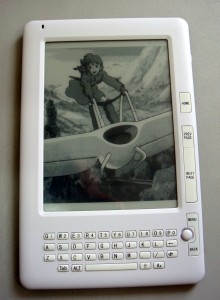