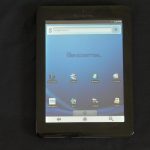 A few days ago I posted an updated version of  a guide to hacking the white Novel Android tablet. Since then I’ve been working on hacking the black Novel, and I’m ready to explain how to hack it.  TBH, I don’t think you should.

The black Novel runs Android v1.5., which is a rather old version that isn’t supported by very many apps. It’s also not going to be supported by any new apps, so I think you’re better off with some other Android tablet.

Update: If you’re looking for the latest firmware update for this tablet, read this post. Much of this post is outdated.

But if you have a black Novel, I’ll go ahead and walk you through the steps to hack it.

Sidenote: There’s actually a fifth option; you can hack your Novel the hard way. But it’s complicated and requires a higher level of technical skill so I won’t mention it here.

The black Novel has 2 official firmwares because it is being sold in 2 countries (US and Canada). The original firmware was tied into the B&N ebookstore, and since (for the most part) that store is US only, Pandigital had to work with Kobo for the Canadian release.

Update: Pandigital has released a new US firmware for the black Novel. The new firmware turns the Novel into a regular Android tablet. There’s no need to hack it anymore.

The firmwares are very different. The US firmware is locked down like the white Novel, and it’s rather slow. I don’t like it, and I said so in my review.

The Canadian firmware, on the other hand, is not locked down. It ships with the standard Android home screen and you have all the basic Android features. This means that you don’t have to hack the black Novel, and that’s why I recommend this firmware. 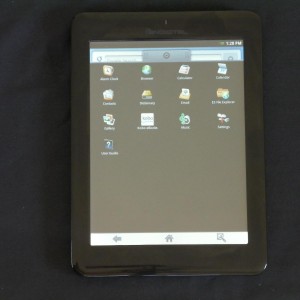 But you don’t have to take my word for it. Switching between the 2 official firmwares is easy. I did it 4 times in one evening and each one went just fine.

Here are the links to the 4 firmwares I mentioned in this  post:

P.S. The Canadian firmware deserves its own review, so I will be posting it elsewhere.