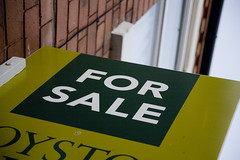 Ferrier Hodgson, administrators for the now bankrupt RedGroup Retail, announced yesterday that RedGroup was up for sale. FH are asking for any offer to buy part or all of Redgroup.

Ouch. On the other hand, this is good news.

RedGroup owned 3 different bookstore chains (Whitcoulls, A&R, Borders), and there was really no reason they need to remain part of the same company. In fact, there’s a fair amount of agitation in New Zealand over the survival of Whitcoulls. I know a couple people who would really like to see New Zealand’s largest bookseller go its own way.

The 51 franchise stores are another interesting possibility. They might possibly be able to band together and buy themselves out from under RedGroup.

I’d like to know if anyone puts in an offer for RedGroup’s share in Kobo. That’s another item that could be sold off fairly easily.