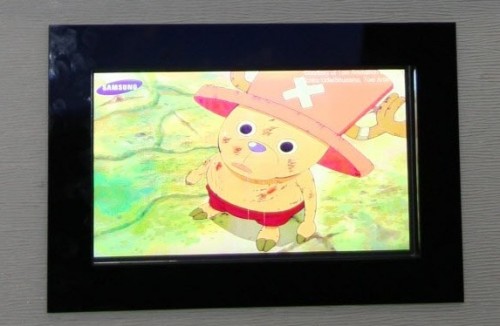 I couldn’t make it to SID Display Week this year, so I consider myself lucky to have found this photo on the Samsung Flickr account.

That’s a screen that I didn’t know Samsung were working on. It’s based on the MEMS tech, and the only other place it’s used is in Qualcomm’s Mirasol. (I’m looking into it.)

Samsung also had 6.2″ demos for all 3 of Liquavista’s screen; they’re after the break. 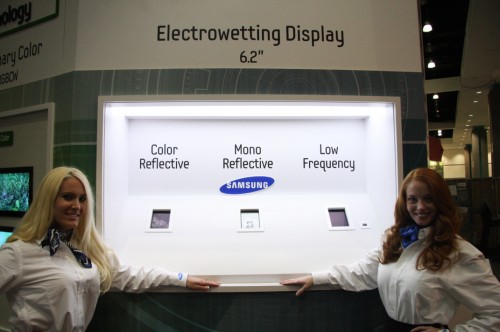