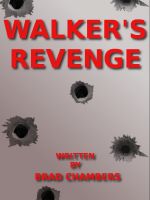 I no sooner published On Words & eBooks: What Does It Take?, my last article lamenting authors ignoring the need for professional editing before offering their ebooks for sale to the reading public, when, lo and behold, along comes yet another glaring example of poor editing: Walker’s Revenge by Brad Chambers.

Unlike some other ebooks, Chambers at least got the title right. Unfortunately, that is all he got right. Consider his description of the book — the text that is supposed to induce a reader to plunk down his or her $2.99, which will cause, if enough people plunk, Walker’s Revenge to rise on the indie bestseller list:

Dean Walker finds things for people. It doesn’t matter what it is he can find it. He doesn’t like being hired with a knife to his throat but the money makes it worth while. Not to mention finding out who the beautiful woman holding the knife is. Searching for a necklace from a two year old robbery sounds like a normal job, but finding the girl wearing it isn’t

Chambers doesn’t appear to understand either the purpose of punctuation or why choosing the correct word is so important. Consider the very first paragraph of the ebook, a paragraph that is in desperate need of professional editing:

Water splashed away from Dean’s boots as he walked down the dark alley. He was filled with frustration and didn’t care that he was getting his pants wet or that the bottom few inches of his long coat were soaked. All he could think about was Eve and the way she had thrown him out. She had screamed, “I never want to see you again!” so loudly he was sure the whole building must have heard and he hated that. He was a private person and didn’t want the world knowing his problems. He reached the end of the alley and turned up the wet street. Raising his head a little so he could see more than three feet in front of him, he dumped water off his hat and it went down his back. Great that makes me feel better, he thought. All he had done was be an hour late for their date. So what if he had spent the time with a woman. It was business and he had to see her or lose a lot of money. He had found what she was looking for and he needed to collect the money. That was how he made a living. Finding things for people. And she was mad at him for making a living. It wasn’t his fault the woman had shown her appreciation with a kiss. He smiled. It had been a good kiss too. If he had just remembered to wipe the lipstick off, he would be on his way out to dinner with Eve now.

I’m sold — on not buying this book! I’m also sold on the certainty that this book needs professional editing.

I know it seems as if I’m crying (I am), but I find it frustrating that (1) authors whose primary job is to communicate don’t know how to communicate, and (2) the people to whom the communication is directed don’t recognize when the message is a misfire. It also frustrates me that (3) neither side of the equation grasps the notion that miscommunication leads to misunderstanding, making both author and reader losers, and that (4) although everyone thinks they can be a competent editor, not everyone can.

An author’s stock in trade is words. If an author cannot use words to create a picture for the reader, to communicate a philosophy, to explain a difficult subject, to engage the reader in discourse, then the author has failed. Similarly, an editor’s stock in trade is a grasp of grammar and all that grammar entails — syntax, punctuation, spelling, word choice, etc.

A basic requirement is that the author (and the editor) must him- or herself be literate. The idea that word processing programs give everyone a license to become a published author or a professional editor is false. To compound that erroneous notion with the belief that the spell-checker in a word-processing program is the author and editor’s vehicle to literacy — the vehicle that will ensure proper spelling and word use — is to live in a fool’s world.

I’ve said it before and I’ll say it again: Most authors — and I daresay that means 99% of authors — need the help of a professional editor before launching themselves on the public. I’ve also said many times that one needs to be more than well-read to be a professional editor. At least among discerning readers, which I would venture are the readers who spend the most money on books, the surest way to be dismissed as an author and cut short one’s career is to ignore the need for professional editing.

Authors need to absorb the relationship lesson of Symbiosis: The Authorial and Editorial Process. The editor doesn’t displace the author; the editor complements the author. To complement the author positively, the editor needs to be well-grounded in the fundamentals of language, a grounding that is one of the key differences between an amateur and a professional editor.

Sadly, distributors like Smashwords simply are unwilling and/or unable to undertake any gatekeeping role. This isn’t part of their business model. Perhaps it should be. The Agency 6 opposed the $9.99 pricing threshold that Amazon was promoting, arguing that such a price would devalue their books. What do they think happens when they put out sloppily produced and edited ebooks at high prices and when they do nothing to help indie authors at least put out literate tomes?

If the Agency 6 are really interested in preventing ebooks from devaluing books, then perhaps they need to undertake an education program — aimed as much at themselves as at the indie author — that explains and convinces indie authors (and themselves) that the failure to have ebooks professionally edited and proofread, combined with flooding the Internet with the resulting drivel, hurts everyone in the reading chain — the traditional publisher, the author, and the reader.

In addition, the Agency 6 should promote true literacy in the schools, beginning with the teachers. It is insufficient to push children to read more; children need to be taught spelling, grammar, syntax — all the parts of communication — which means their teachers need to be educated first. Teachers cannot pass on to students what teachers themselves cannot grasp, and the evidence keeps mounting that today’s teachers have an insufficient grasp of literacy fundamentals. The more I see published books like LaVall McIvor’s So Your Afraid of Dieing, Andrew Cook’s A Crown of Thorns, and Brad Chambers’s Walker’s Revenge, the more convinced I am that literacy is dying in our schools. It also makes me wonder who will be the editors of tomorrow.

The decline of literacy in its multiple facets will continue as long as we sanction the idea that there are no minimal standards for authors to meet to be published — even self-published — and for editors to meet to be considered professional. As the availability of drivel increases, so will acceptance of drivel as the norm, until one day we realize that authors and readers are not only miscommunicating, but are not communicating at all!