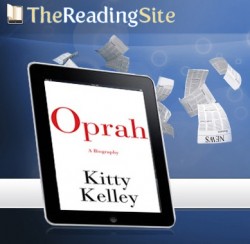 I just got an email today from www.thereadingsite.com, and they offered to make me an affiliate. I don’t work with scammers, so I turned them  down, of course.

I haven’t had dealings with the site but I am aware of the name. Carly of Gear Diary has tussled with them once or twice, and they’re a rather slimy group.

Carly first found MyPadMedia back in 2010 when she was flipping over rocks. They were running a subscription scam, and it was fairly simple. They conned you out of your money and gave you access to the already free ebooks on the Feedbooks website. That’s a pretty nice scam, isn’t it?

Lately they’ve changed the scam. Now they con you out of a $50 1-time fee for lifetime access to the otherwise free content.

Just to make sure that it’s still a con, I spent my money and joined the site. They have a lot more free content now.  They still offer free ebooks, and their link still leads to Feedbooks. But they also offer free comics, newspapers, games, and movies.

The comics are all hosted elsewhere (mostly on the various publishers’ websites), and the same goes for the newspapers. But the movie section was something of a surprise. The movies they offered could not possibly be legal; one title was the latest Harry Potter movie. And like the other sections, TheReadingSite offered you access to content you could have found elsewhere for free. (It’s pirated, so I won’t tell you where you can find it.)

Now this is interesting. They’ve moved on from being a nuisance scammer to commercial piracy. I wonder if they thought no one would notice?