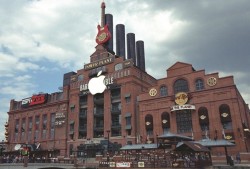 That’s what Boy Genius Report have claimed they were told, but I have my doubts. Jonathan over at BGR is reporting that:

We received a tip from an unproven source claiming to have knowledge of discussions within Apple to possibly purchase Barnes & Noble. While this might seem like a strange move at first, it actually makes a whole lot of sense.

I just don’t see how this could happen. According to BGT Apple would integrate B&N’s ebook content into iBooks, close out most of the store, and kill the Nook. Apple would be buying a company just to throw most of it away.

And it would be thrown away. We’re in a recession and currently watching Borders be gutted by the liquidators. Do you really think that anyone would want the B&N stores? I don’t. And I don’t think Apple would run them either; I doubt they could be adapted to run as part of Apple Retail.

Furthermore, I do not see how there’s any chance that B&N’s senior management would go along with a plan that would kill the company. I’m sure all the long-time managers love the company and the industry. They won’t want to see it die. And there’s a second reason they wouldn’t go along with it. Borders just died. Right now B&N know they are the last major bookseller in the US, and that if they go down no one will replace them anytime soon.

And besides, iBooks isn’t _that_ important to Apple. Sure, it’s tiny and the market share is negligible, but it was always an afterthought for Apple. The iBookstore looks to me like it’s an example of “me, too”-ism taken to an irrational degree.

Then again, I’ve been wrong before. So what do you think?