The Dutch web retailer and ebookstore bol.com accidentally leaked the product page for the next Sony Reader, and that means the FCC filing for the new Sony Reader that I found last month has just turned very real.

There’s no word on when it will be out but retail is listed as €164.95 and there is a fair amount of detail on the technical specs. It looks like this will be another E-ink ebook reader. It has 2GB Flash, a 6″ screen, a capacitive touchscreen, and it has Wifi and a microSD card slot (we knew that from the FCC paperwork). The description very specifically mentions pinch-zoom,but that doesn’t really tell us anything. The zForce touchscreen tech from Neonode already supported multi-touch, according to the press release.

The description mentions 12 dictionaries and that you can search Google and Wikipedia, which suggests a web browser.  The new gadget also has a stylus and when you put it in sleep mode it shows the cover of a book. Battery  life is listed at a month.

I’ve contacted Sony and I’m waiting to see what they say. 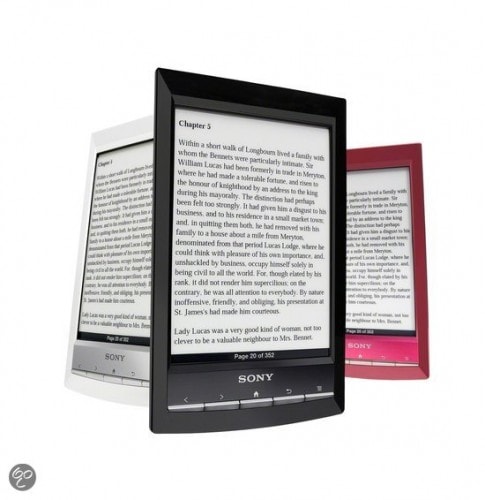 Update: I wanted to get this out as fast as possible, so it wasn’t until after I posted that I had a chance to really think about this. I’m disappointed. I feel that Sony continue to remain 1 step behind everyone else. I was hoping for something new and amazing, but Sony gave us an ereader that is only an incremental improvement on the last generation.