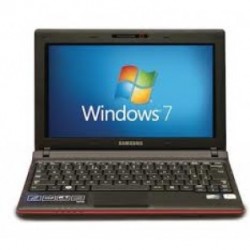 It’s been some months since we last heard of a new product that used Pixel Qi’s unique screen, and today I have some good news for you.

Mike Cane turned up the product pages this morning for  a company called Sol Computers. They appear to be a small company, and they have just the 2 products listed on their website: a netbook and tablet, both with a Pixel Qi screen and both running Windows 7.

Update: For those who don’t know, Pixel Qi have developed a 1 of a kind low-power color screen that at first glance looks to be an LCD screen. It’s still rather expensive, but it can do something LCD screens cannot. You can read it outside, in full sunlight. You can see this ability in the video at the end of the post. 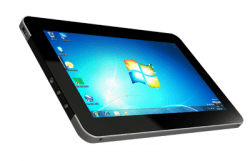 The tablet has the 10″ Pixel Qi screen, and it’s selling for $1100.  The specs are rather unremarkable; in fact, most premium Android tablets have better specs (but not this screen).

The netbook is selling for considerably less ($750), but the specs are similarly unremarkable. It also boasts 10 hours of battery life, which isn’t all that amazing anymore. There are $400 netbooks with more battery life than that.

The problem with most products using the Pixel Qi screen, IMO, is that they are the wrong products. This screen needs to go on a high end laptop where the buyer won’t notice the price. A netbook with a $250 screen built in is still a netbook and the base specs do not justify the price. But if you add this screen to a multi-core, heavy duty laptop convertible, the read outside ability will still be appreciated and the price penalty won’t be quite so noticeable.

BTW, all the screen adds is the ability to read outside; it doesn’t even boost the battery life all that much. There are any number of netbooks now that have more than 10 hours battery life and cost under $400.

But why a laptop convertible? Simple. That design already has a price premium because of the hardware design, parts cost, and small niche. Anyone who buys one isn’t as price conscious as the average netbook buyer and would likely value the ability to take the tablet outside.