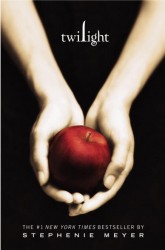 This brings the Kindle Millions Club to a grand total of 14 members, all of whom have sold over a million paid copies of their ebooks.

There’s one detail about today’s news that I find most interesting.  Stephenie Meyer joined today, and that’s interesting because I would have expected her to hit this milestone a long time ago. She wrote the Twilight series, and given how immensely popular those books are I’m surprised that she hasn’t sold more copies in the Kindle Store.

But then I checked the prices of her books, and they’re all $8 and up. I think what we have here is a valid example of how high ebook prices hamper sales.

We could probably take any of the authors as a counter point, but let’s contrast John Locke with Stephenie Meyer. He’s someone who came out of nowhere and hit a million copies sold simply on his own efforts. And he did it long before Stephenie Meyer. Admittedly, his success is because he’s a good businessman, but one of his business decisions was to price his ebooks lower than Little, Brown were willing to price the Twilight series.

I’ve thought for the longest time that there was a sweet spot for ebooks, and I would have put it in the $3 to $6 range. While this is really only anecdata, my rule of thumb is to never pay more than $6 for a (fiction) ebook (unless I desperately want it), and I rarely risk more than $3 on someone I don’t know.

But I am willing to buy just about any ebook priced under $3, and I would bet that the same applies to a lot of readers. When an ebook gets cheap enough it becomes an impulse purchase, and we don’t mind spending the money.

I know I’m not the first to say this, but good books can succeed at low prices. And as we saw today, high prices inhibit sales. The Price Fix 6 might be doing okay with ebook sales, but clearly the lower price point is also a valid option.