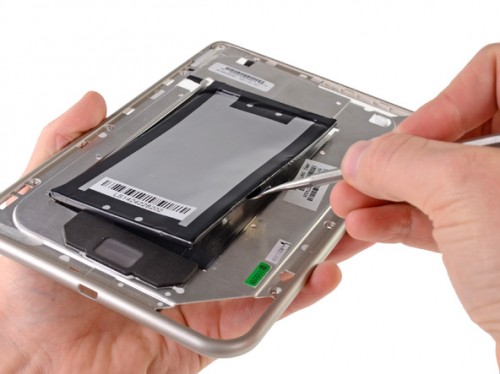 iFixit has just finished posting their teardown of the Nook tablet. All is revealed, but not all is labeled.

Call me dumb, but I don’t see the Wifi chip labeled in the photos. When the KF was ripped apart,  I didn’t look closely enough and a reader had to point out the combo Wifi/BT/FM chip. But this time I really don’t see it. It has to be there somewhere, so my guess is iFixit will be updating their post with more details. 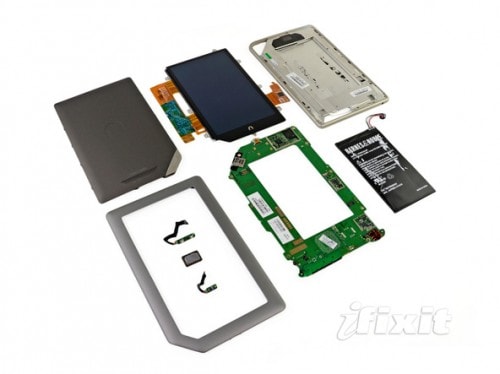 BTW, when this tablet launched I was quite firm that this wasn’t the $350 Acclaim that I found on the leaked powerpoint slide. (I could not have been more wrong about that slide.) I looked at the specs and didn’t think they added up to $350. Well, I was wrong. The source code for the NT has been released and Acclaim is mentioned everywhere. Also, I’ve gotten an anonymous inside tip that the shipping invoices refer to this tablet as the Acclaim.

So this is the $350 Acclaim tablet. I still think that’s overpriced, but it’s probably what B&N would like to sell it for if they didn’t choose to lose money on it so they could make money selling content. That higher price is probably the true retail. The market would never have let them sell it for that much (for $50 more you could get an Asus eeePad), but  I beleive they wanted to.