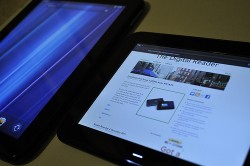 Saturday night I posted on an Ebay auction for one of the unreleased TouchPad Go tablets. That auction ended up getting pulled (by HP, I think), but this morning I have another.

Much to my surprise, HP seems to have lost a number of these tablets. I’ve now heard from a second person with an illicit Touchpad Go, and there have been several that ended up with photos on tech blogs. 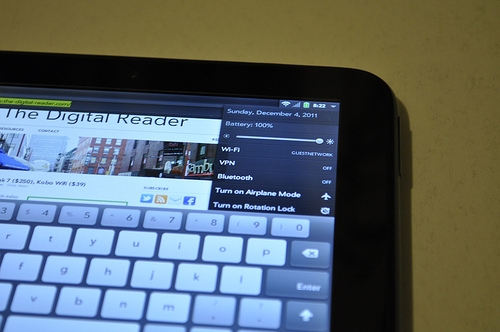 On Sunday night I was contacted by someone who will remain nameless. He shared some convincing photos and asked if I wanted to buy a TouchPad Go. This as a 16GB model, not the 32 GB model that showed up in China, and it ‘s running webOS 3.0.3. I’m reasonably convinced that it’s the real thing, and I would have bought it. (Do not take that as validation of the auction. I decline responsibility for how you spend your money.)

After exchanging a few emails, we decided that I didn’t have enough funds to meet his price. So I had to pass on the tablet, unfortunately. It’s now up on Ebay, and I invite you to bid. If you win, do tell me what you think of it. I’m curious what the webOS interface will feel like on a 7″ screen.

BTW, how long do you want to bet that this auction lasts before it gets pulled?