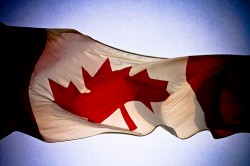 Google expanded their ebookstore affiliates this past week with a new deal in Canada. The CBA announced that they’ve worked out a deal with Campus eBookstore, the ebook distribution platform for NACS. The Canadian Booksellers Association’s member stores will now be able to partner with Google and sell ebooks via their websites.

When the Google eBookstore launched in Canada back in November, their retail partners were limited to the 18 Canadian campus bookstores participating in Campus eBookstore program and the McNally Robinson stores.  With this deal, Google will be expanding their affiliate network to include the 600 plus member store locations.

CBA members will need to pay a C$50 monthly fee to participate, but the charge will only be taken from the commissions earned by the bookseller. There’s no initial charge.   “We have wanted a solution like this for a long time” said CBA president Mark Lefebvre. CBA members will connect with Google eBbooks via Campus eBookstore. And initially, CBA booksellers don’t have to pay anything to get the service up and running, he said. “They simply need to sign up, add the html code to their site.” Mark added, “The solution doesn’t require them to have native ecommerce capability – the money is taken on their behalf and they get their cut.”

Of course, a good portion of those stores are part of chains like Indigo and Chapters, so the total number of participating websites will be considerably lower. On the other hand, now that Indigo is parting with Kobo, they might want to also look at what other options they have. A turnkey solution like the Google eBookstore might be worth their time.