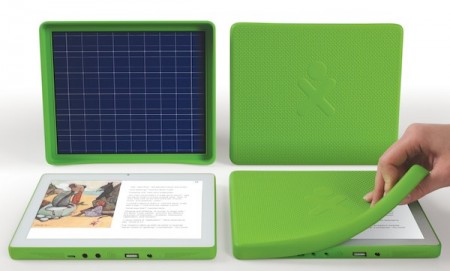 I’ve just learned that OLPC’s long awaited tablet is going to be shown off next week at CES. Trust me, this is going to be the hot story of the show.

Update: And now I have pictures. Ooh, shiny!

The XO-3 was originally announced in late 2009 and hinted at repeatedly in 2010. I haven’t heard a mention of it for at least 8 months now, so color me surprised that it still exists. According to ComputerWorld, the tablet will have an 8″ screen and sell for less than $100. Like the XO-1.75, the XO-3 is going to be based on a 1GHz Marvell CPU. It’s expected to have 8 to 10 hours of battery life, and it will run Linux-based software.

But chances are there will be a couple different models on display; the XO-3 will have optional components like a Pixel Qi screen and a solar charger.  And what’s most interesting is that the demo units will run Android, not anything running on the current XOs. 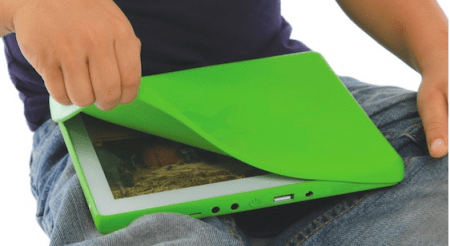 The XO-3 is due out later this year, and there are signs that OLPC is planning to go the way of the tablet. In the long run the XO-3 is planned to replace the XO-1.75 laptops that are currently shipping.

So I think I know what I’m doing first thing Tuesday morning. I was planning to attend the keynote and ask questions, but this is too good of a story. And besides, I’m not sure whether I’ll be allowed to ask questions.