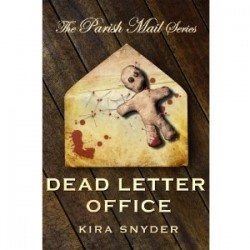 I predicted on Sunday that this coming year would see more innovations in apps than in ereaders, and it looks like one developer has decided to confound the issue. Coliloquy launched their first 4 ebook apps today, and they’re exclusively available on the Kindle.

Coliloquy is joining a growing number of ebook app developers who are adapting existing stories and creating interactive reading experiences. These apps are the latest incarnation of an old genre of books.

If you’re old enough you might recall the “Choose Your Own Adventure” books. This series, which originally launched in 1976, let readers choose the direction of the story. Every few pages the reader would come to  decision, and the outcome could men either success or doom.

Each of Coliloquy’s 4 titles cost between $5 and $7. They’re only available on the Kindle hardware, but Coliloquy does have plans to release apps for the Kindle Fire. That could be interesting; it might indicate that Coliloquy is planning Android apps or it might mean that Amazon will expand the Kindle’s app support beyond the devices to include the Kindle apps as well (apps running apps – who woulda thunk it). Coliloquy is also planning to release 3 new titles this year.

I loved this genre as a kid, and I’m pleased to see it making a transition to digital form. But don’t get too much caught up in the hype; the buzz today is all due to marketing, not the technology and content on display. This launch is interesting but it’s not that innovative.

Anyone who follows ebook news will know that there already were interactive ebook apps on the Kindle, and that some titles have been available for over a year now. For example, Wizard’s Choice was released last month, and the developer Choice of Games has been releasing these type of ebook apps since at least December 2010.

That being said, I’m about to go get a couple of Coliloquy books; I’m curious about how well they were adapted from the original linear novels.