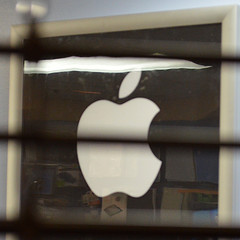 Reports are coming in today that the latest version of Requiem, an app that removes Fairplay DRM from music and videos sold via iTunes, will now also remove the DRM from iBooks ebooks. It may have taken a couple years, but Apple is now as safe to buy from as any other ebookstore. You don’t have to worry about losing future access to content that you buy there.

Note that I am looking for confirmation that the app even exists; I’ve never seen, much less used, it.

Update: Several readers hve confirmed the app and one sent me  copy. Thanks!

For some time I’ve had a theory about DRM, and I’d say that today’s news confirmed it.

I’ve always thought that DRM only remained unbroken so long as no hacker was interested in breaking it. Take Requiem, for example. It’s been round since 2008 (and iBooks since 2010) but it was only recently that the developer turned his eye towards iBooks. (Maybe he was bored.)

There’s a similar story behind Kindle DRM. The Kindle shipped in November 2007, and the first hack to remove the DRM showed up in January 2008. Why so quick, when iBooks took 2 years?

I think the Kindle DRM was hacked quickly because of all the hype. The rumored launch of the Kindle was a hot story all through 2007. In fact, the hype was so high that the DRM was cracked by someone who didn’t even have a Kindle. Apparently it was just a technical challenge, not a personal need.

Also, the early Kindle DRM was only slightly different from that of Mobipocket, and Mobi DRM had been broken in mid-2007.

There’s a funny story here. Mobi DRM wasn’t hacked via any heavy duty reverse engineering; no, it was  human error. Back in 2007 (before Amazon started killing off Mobipocket), there were a number of third party ereader that read Mobi ebooks and supported Mobi DRM. One developer, Irex, accidentally posted a complete firmware for the Illiad, their 8″ ereader.  It was online for a couple weeks before they realized their mistake. In that time, at least one hacker downloaded it and took it apart. The hacker then disassembled the reading app to get at the DRM code.

That story illustrates why DRM never works in the long run. It’s  digital lock, yes, but for customers to read what they bought they must also have the key. Key+lock equals hacked DRM, once it gets in the hand of the right developer.

And once it’s been hacked, there’s really no justification for it.