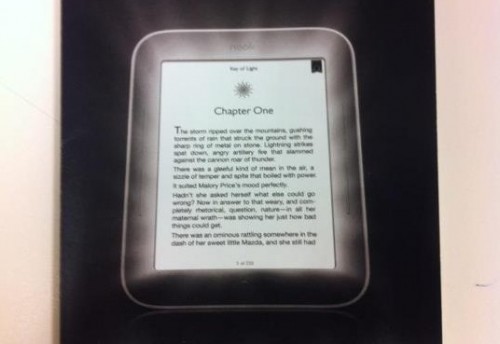 Yes, B&N is beating Amazon to the punch.

Late last week Techcrunch reported that the next Kindle might be getting an integrated frontlight so people can read in the dark. I never really liked the idea, but apparently Barnes &Noble does. I now have a photo of new signage that B&N stores are just beginning to get in store. 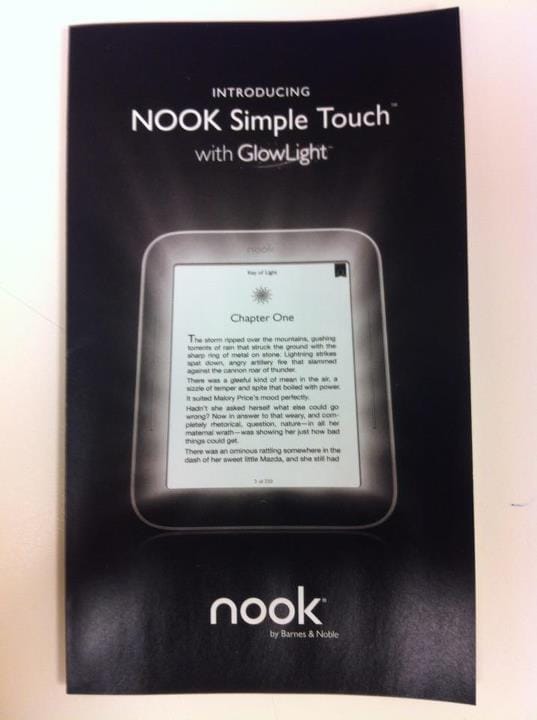 It’s important to note that the new Nook isn’t getting a backlit screen like that on your LCD based tablet. The Nook, like many ereaders, uses an E-ink screen and that means that you cannot have the light behind the screen. The new Nook is going to have a front light embedded over the E-ink screen and it’s probably going to work much like the FlexLight concept video which I showed you back in December.

I don’t have any firm details on the price or release date, but I have heard that it will be a Thursday launch. That likely means tomorrow, but it might refer to next week.

P.S. As fascinating as this story is, I have to say that I’ve been hearing rumors of it for a while now. My competition reported last week about this very product. He only had a rumor, but his details were surprisingly accurate.