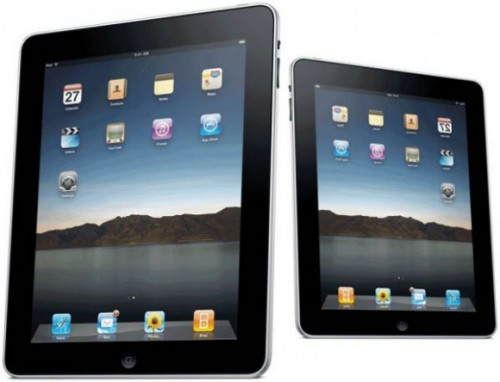 That’s what the latest rumor says, and this is the one that I’m going to believe in. (After all, there have so many, many iPad Mini rumors that at least one has to be true, right?)

iMore is reporting that one of their reliable sources (let’s call him “Dime Bag Willie”) has told them that Apple is most definitely working on a smaller iPad. Willie didn’t say anything about the  specs, but this smaller iPad is scheduled to be launched in October of this year.

Like rumors we’ve heard in the past, Willie’s iPad Mini is going to be priced in the $200 to $250 range. While we don’t know the specs, Willie reported that it would have the same resolution as the new iPad, and that’s a 2048×1536 resolution display. That, actually, is why I hope this rumor is true.  I don’t think I’d buy one but it would be neat to look at.

According to Willie the resolution isn’t changing because that’s supposed to make it easier for developers to port their apps to what iMore is predicting is a 7″ screen. Of course, there already are 7″ tablets with nearly that resolution so Apple might feel the need to surpass them.

Update: I was thinking things backwards. The higher resolution is more likely because the icons and menus will shrink with the screen size, but the ones built for the higher resolution screen won’t look be as tiny as the ones made for the original iPad’s 1024×768 screen. They’ll be 4 times the size and thus easier to use.

So is this one true? I have no idea, but it would be fun to see.