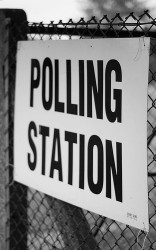 I report on surveys and polls quite frequently on this blog, and as improbable as some of the results might be I usually don’t question their validity (unless one poll contradicts another). But today I found an exception.

Yesterday Forbes posted an article on Barnes & Noble’s loss last quarter and (ostensibly) an earlier survey on which companies in the ereader market best met consumer expectations. Needless to say, I don’t trust Forbes’ data, and if you look at their ranking you’ll see why:

I have no problem with the names on the list (aside from the fact that neither Apple nor Pandigital makes ereaders), but I do question the relative positions. Barnes & Noble, in particular, shouldn’t rank that high. I’ve heard far too many complaints about them for that to be valid.

What’s more, B&N’s own press release earlier this week should knock them off this list. The Nook division of B&N saw a serious drop in profit last quarter, largely due to a significant number of returned ereaders. Why? Because the Nook wasn’t actually doing what they wanted.

But if you ask about how they feel about something, well, that’s a more nebulous concept. I’m not saying that people don’t know if they like something, just that emotional measurements like satisfaction change over time. This is also something that is harder to express in words – even for me, an experienced blogger. Also, I could easily see consumers who liked their Nook ereader when they answered this poll deciding to return it a couple weeks. And that’s not a logical contradiction or a criticism of the consumer; opinions can shift like that.

Forbes uses the satisfaction survey to discuss the relative market success of the companies on it. As you can see from B&N’s bad quarter, a survey on how someone feels about a company doesn’t exactly translate into money in their pocket.

TBH, I’m not sure what this survey is good for. Any ideas?