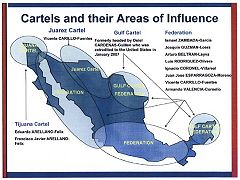 Yesterday I pointed out the similarity between Penguin’s early years and current ebook startups. Today I’d like to show what happened when the publishing industry was threatened by an innovative competitor in the mid-1940s.

As WWII was winding to a close, Marshal Fields III (his grandfather founded the department store chain, yes) decided to use his family’s fortune and get into publishing. He set upon the goal of building a consolidated publishing group by buying a major publisher of hardback books, a paperback publisher, and third publisher which specialized in inexpensively reprinting hardbacks.

This would give him an unmatched business opportunity. He could offer authors deals which covered both an original hardcover release, a paperback release, and (assuming it was worthwhile) a third release of cheap hardback books.

That kind of deal is accepted now, but back then no publisher could do it. Note that this was before the major publishers started gobbling each other to form huge international conglomerates.

Mr Fields almost pulled it off. He bought Simon & Schuster, which even then was a respected publisher, and he bought Pocket Books, the leading paperback publisher in the US. He even set his sights on Grosset & Dunlap to complete the set, but he missed his chance when at the 11th hour the firm decided to sell out to a hastily organized publisher’s cartel consisting of Random House, Harper & Brothers, Charles Scribner & Sons, the Book-of-the-Month Club, and Little, Brown & Company.

To be fair, this group was not nearly as powerful as the Price Fix 6, but it did form for much the same reason: to block an innovator from gaining too much power. What’s more, the cartel then proceeded to do what Fields had planned all along. A year after Grosset & Dunlap was sold, G&D invested in a new paperback publisher called Bantam Books. If the book Two-Bit Culture is to be believed, Bantam was allowed to operate independently but still tended to lean towards reprinting books previously published by its corporate parents.

To be honest, I don’t see this as much of a cartel, but that is how it is described in the book. It doesn’t look like the publishers coordinated the activities of the parent companies; they just formed a partnership to invest in new subsidiaries. But this past collaboration does have certain similarities with the Price Fix 6. Both occurred in response to the rise of a powerful competitor.

What’s more, this past collaboration reminds us that there are other ways to compete than the recent actions of the Price Fix 6 (hobbling Amazon with fixed prices). For example, the Price Fix 6 could have decided to form new or heavily endorse other ebookstores to compete with Amazon. Given the DRM situation, it would have been kinda hard to cut into the Kindle Store’s market share – but not impossible.

In order to compete effectively with Amazon, the new ebookstores would have had to go DRM free and offer the Kindle format, but neither of those technical requirements would have been all that difficult. Nor was the idea inconceivable; the recording industry responded to the dominance of iTunes by allowing Amazon (and others) to sell DRM free mp3s.

They could even have worked out deals with B&N to pull this off. All throughout 2009, as publishers started getting really worried about Amazon, Barnes & Noble was quietly pulling together the parts needed to build the Nook platform. They were building an ebookstore, meeting with publishers, and working with Adobe to develop a new variation on Epub DRM.

If the publishers had been willing, B&N could have scrapped that last part and simply gone DRM free. That would have given B&N a decided advantage over Amazon.

Next time you read a column arguing that Agency Pricing should be allowed to stay in order to fight Amazon’s dominance in the ebook market, I’d like you to keep in mind that there were other options – including at least one which would have fostered true competition.

That’s why I often describe Agency pricing as a way to hobble Amazon; it certainly wasn’t designed to build a better competitor.