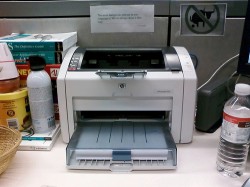 PressBooks is one of a number of online ebook creation tools,that have launched in the past year and it looks to be the first to go pro. PressBooks co-founder Hugh McGuire sent out a newsletter last week announcing a number of changes including a new fee schedule, distribution options, and a number of tweaks to the service and website.

The site changes include a new front page as well as a new reading page design for ebooks hosted on the site. The latter item should be of particular interest to any self-published author; it’s an easy way to share a sample with your audience.

You can also now use Pressbooks to import content from a WordPress blog as well as Tumblr and Blogspot (though the latter 2 are still in beta). The Import option will also reportedly grab the images it finds in a blog post. Note that before you can import content you will first need to make a WXR export file (or its equivalent), and that’s still a clumsy process. I’m looking at my blog right now and the export option isn’t nearly as refined as I would like. You can select categories and a date range; you cannot select specific posts. Still, it might turn out to be a better option than copying and pasting one post at a time.

The PressBooks team has also made some tweaks to the CSS files used to make ebooks. They’re porting that it improves the appearance of ebooks on Kindles. I never checked that detail, but I do know that the 4 stock CSS layout options look great so long as you don’t mind basic designs. You can also upload your own CSS file and specify in nitpicky detail how you’d like your ebook laid out.

But the important news today is that Pressbooks is going to start charging.  You can still use the service to make up to 5 ebooks at no charge, but any more than that will cost you a minimum of $20 a month, with prices going up from there.

You can also now use Pressbooks to distribute your ebooks to Kindle, Nook, Kobo, and iBooks. That’s going to cost you a minimum of$100 per title and an additional $25 a year, though publishers with more than 5 titles can opt for a second plan ($50 + 10%). Considering that you can now upload ebooks to 3 of those ebookstores on your own, you need to ask how much is your time worth?

I’m cheap, so I generally value the money more than the time. But your calculations may differ,

Pressbooks went into a public beta in November of 2011 after working for 6 months with a number of publishers. Since then they’ve seen a number of improvements under the hood as more users signed up to use the service and offer feedback.