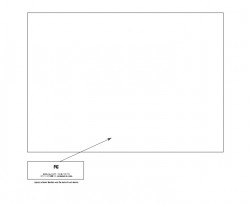 Do you recall all those rumors about Amazon is working on a larger Kindle Fire, and how that tablet is expected to be released this fall? I think it cleared the FCC yesterday.

Now here’s something guaranteed to wake you up this morning.

A friend of mine has tipped me to a set of FCC documents which were posted yesterday. They don’t show any useful detail, but they do lead somewhere interesting. Like Amazon’s past FCC submissions, this paperwork belongs to a new front company. This time around the company is Harpers LLC.

The thing is, folks, every time Amazon has sent a device through the FCC they’ve used a new front company and then hid the paperwork. This is what Amazon has done for every ereader and tablet since the second Kindle. (The first leaked accidentally.) In fact, when the K4, Kindle Touch, and Kindle Fire went through the FCC, Amazon used 3 front companies.

I know Harpers LLC is a front company because the address leads back to a storefront rented by CSC Entity Services, and the guy named on the paperwork as the President of Harpers also works for CSC.

Stephen Facciolo shows up on LinkedIn as a service leader for CSC, and that leads me to conclude that CSC is the legitimate front company (corporate services provider) that Amazon hired to run a second front company so that this FCC paperwork wouldn’t get back to them.

I don’t have anything beyond the label, but after looking at the dimensions I’m guessing that this is a 9.7″ or 10″ tablet. The general screen geometry is likely going to be 4:3 (like the iPad), and not widescreen like many Android tablets. And since some of the hidden parts of the FCC paperwork will be revealed in December, this device will clearly be launched this fall.