The stories over the weekend about the paid book review service has sparked a lively debate around the web on whether any reviews can be trusted. With the revelation that successful indie authors like John Locke had sunk to the level of buying reviews, many are wondering what can be trusted anymore.

One Reddit user studied the patterns of reviews on Amazon and put together the following chart.  He’s identified several warning signs in the reviews including how to tell that the bulk of the reviews are paid as well as when the only positive reviews were probably posted by friends and family of the author. 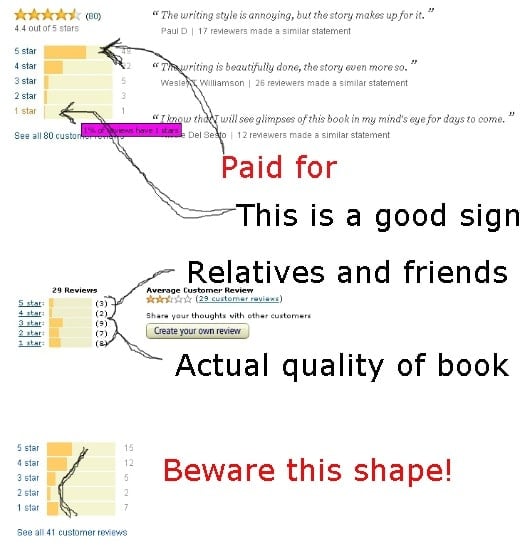