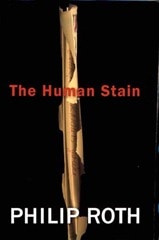 Wikipedia isn’t perfect. Sometimes the mechanisms in place meant to protect the credibility of the information can actually get in the way of the people who are in a position to know the most about the subject correcting things they know to be mistakes. There are good reasons for this, of course—people who are directly connected with a subject might have ulterior motives for making changes. For example, a well-known PR firm caught flak for editing its clients’ articles last December, leading to the Chartered Institute for Public Relations in June issuing guidelines for its members requiring them to seek changes through Wikipedia’s editors.

Of course, not all such changes are so dodgy as paid flunkies nipping in to make their clients look better. Case in point: author Philip Roth. In the Wikipedia article for one of his books, The Human Stain, he found a notation that the story was based on the life of writer Anatole Broyard, when in actuality it was inspired by an incident in the life of his friend Princeton professor Melvin Tumin. When he tried to correct this error, via what the novel’s entry’s talk page calls his “self-proclaimed biographer,” he was told by a Wikipedia editor that he, the actual author of the book, “was not a credible source.” I’m not sure if it was intentional or not, but Roth found a rather clever way around this restriction in the end.

As silly as the idea that an author might not be a “credible” source about his own book might first appear, there are good reasons behind it when you think about it. There is, of course, the conflict of interest issue, which is pretty obvious—if someone’s being paid to alter the writeup, how can you be sure he’s not doing so according to the interests of his employer rather than of the truth? If someone’s altering the writeup about something he himself did, how can you know he’s not doing it out of his own interests?

But consider, also, that authors can say anything they want to about their books after the fact. More importantly, they can change their minds on what they say after the fact, and they can be rather hard to get ahold of if you want to verify what they actually said (especially if they’re since deceased). Consider the late Ray Bradbury’s 2007 insistence that Fahrenheit 451, understood for decades to be a salvo against censorship, was actually meant as a salvo against television and other new media. If that was the case, why didn’t he speak up about it before? It’s not like critics made any great secret of their interpretations.

So Wikipedia relies on secondary published sources: things that don’t necessary reflect what someone is saying now, but represent a snapshot of what he did say at a particular moment in time. So when Roth published a 2635-word open letter to Wikipedia in The New Yorker, he was not only complaining about Wikipedia’s policies, he was creating a secondary published primary source that Wikipedia editors could cite in getting the error corrected.

Some blogs, such as Gizmodo’s Mario Aguilar, are happy to wax irascible at Wikipedia’s “idiotic rules” about sources, and cackle with glee at how Roth “outfoxed” them. But really, he didn’t. Instead, he did exactly what they wanted, and produced a fixed secondary published source that could be cited and researched to any Wikipedia editor or reader’s content. It would have worked exactly the same way if he’d tacked it on as an afterword to his next book—it would just have taken longer and been less visible.

I agree with everyone who’s saying that this policy looks silly, but on reflection, think it is the right thing. Let’s agree that Roth is the best source on his own motivations. Given that there are other sources, it is helpful as an encyclopedia to get him to commit his perspective to a citable source. Imagine that this was a more contentious issue; would we accept the author’s opinion that this is an excellent book when it’s panned by the critics? We’d use the preponderance of evidence rule to push back on such a thing. So while this looks as silly as a skilled author like Roth can make it look, I’m not convinced that that’s an argument to revise wikipedia policies.

The talk page entries present a slightly different side to the story than a lot of the media paint. The original changes were made by someone who just claimed to be Roth’s biographer, who was making the changes at his request, but didn’t exactly provide any proof to back up his contention. After the changes were reverted, the article was bolstered with 6,000 words including many references to sources supporting the Broyard contention—which is undoubtedly why Roth was moved to declaim in such detail that he did not know Broyard.

Regardless, it seems to me that in this case Wikipedia’s policies worked perfectly well, in causing Roth to set down his arguments in a more concrete form that will survive into the ages than just a few edits to Wikipedia. Of course, it’s unlikely anyone who is not a famous novelist could get a major media outlet like The New Yorker to publish it, but you never know. There might be other, equally effective ways.