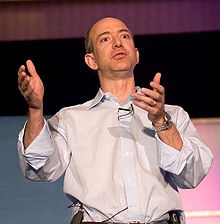 Amazon CEO Jeff Bezos ballyhooed text to speech in the Kindle 2 in 2009.

But guess what’s now missing from the new Paperwhite Kindles even though it’s still present in the Kindle Keyboard 3G and Kindle DX models? TTS, aka “Read to Me.”

Tipped off by a Gizmodo review noting the absence of an audio jack, I called the Kindle support people Thursday and learned that the Paperwhite models would be mute. Bummer. For years, I’ve complained of E Ink’s contrast problems, and the new models are said to offer 25 percent more contrast, not just glow with less eyestrain than LCDs.

The news from Support jibes with a table comparing various models on the Amazon site (scroll down toward the bottom of this Amazon page). Notice? The table lists the Paperwhite models as lacking the speakers that high-end models offer.

So, Jeff, what’s the strategy here, given the diminishment of the usefulness of the Paperwhite models for the people with dyslexia or other learning or vision challenges? Especially, how about students? Don’t you hope to crack the education market? Dumb move, this muting. Speech chips cost a pittance, so that excuse just will not fly. If you don’t want a speaker or there isn’t room for one, at least include a headphone jack. Just how could you be so out of touch with customers in this instance? I actually was hoping Amazon would go in the other direction and do TTS right with “Amy” and other refined voices from the whizzes at Ivona (or would pick up the equivalents from a similar company).

In silencing the Paperwhites, was Amazon trying to extend the market life of the TTS-enabled Kindle Keyboard 3G and the DX? And nudge consumers toward the Fire models that can play digital audio books from Audible, part of the Bezos empire? Or cozy up to publishers or literary agents? A smarter move would be for Amazon to take a strong stand in favor of TTS while at the same time encouraging Audible to offer extras, such as author interviews, so that audiobooks still paid off. Anti-TTS strategies will actually reduce opportunities for writers. I want the print-impaired and joggers to be able to enjoy my books, and TTS make this more likely to happen.

No matter what the explanation for The Great Muting, Jeff, I’d be grateful for your personal pledge that text to speech will be a feature of all future Kindles, including the basic models (apparently audio of any kind was also missing from the the bottom-of-the-line Kindle introduce last year, and is still AWOL from the $69 successor).

At the very least, TTS needs to be in mainstream E Ink machines like the Paperwhite models.

I hope that librarians and advocates for people with disabilities will besiege Amazon with demands for TTS for all models. Same for joggers and walkers and others who would rather listen to their books when they need to pay special attention to their surroundings. (Yes, I do plead guilty to e-reading at times while walking—when conditions are safe enough.)

Of course, this is one more reason for librarians and others to support the Digital Public LIbrary of America, the ePub format, the battle against DRM and other efforts that would reduce our reliance on the proprietary technology.

Look, Jeff, it isn’t as if I’m anti-Amazon—I applaud your people’s innovative ways and stellar customer service, and I’ve sent thousands of dollars in Seattle’s direction over the years despite my less than full satisfaction with Amazon’s labor practices. I am not calling for a boycott and, in fact, have ordered a Paperwhite 3G. But I do believe that librarians and others should use whatever clout they can summon up to remind you of your social obligations, especially when Amazon may earn millions in tax money from some major Kindle-related federal contracts. Even if the Kindles in those cases have TTS, it would be extremely bad karma to reduce options in that area for ordinary users.

Yes, let’s listen. And, Jeff, you do the same. Unmute the Paperwhites! Ideally you could even give people with existing orders the choice of either accepting the silent Paperwhites or getting a slight discount on future models with the speech chips.

And speaking of good ergonomics—for everyone, not just people with print impairments: I notice that Kobo’s Glo model lets people vary the boldness of the characters. When will Amazon finally heed me and build this feature in? When I owned TeleRead, I begged vendors to oblige. Nice to see Kobo acting, whether or not I was the inspiration.