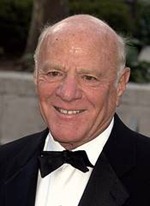 Entertainment moguls Scott Rudin (a film and theater producer) and Barry Diller (chairman of IAC/InterActiveCorp, former CEO of Paramount Pictures, Fox, etc., pictured at right) are getting together with publishing executive Francis Cody to form a new electronic and eventually paper book publisher called Brightline. The publisher will work in partnership with existing Brooklyn e-publisher Atavist.

The idea for the publisher came out of talks Rudin had with various high-profile authors during the process of turning their books into films. Rudin said he heard many complaints about the publishing industry’s rigidity and slowness to adapt to change. Diller and Rudin hope that a new business, launched without the confining legacy structure of existing publishers, will have the flexibility needed to compete in the current electronic publishing world.

I’ve been saying for some time that we need new publishers who aren’t tied to the legacy anchor and can innovate faster, and the fact that the major backers of this publisher come from outside the world of publishing could be a good thing—when you get people who don’t know that something is impossible, sometimes they manage to do it.

Another interesting thing to note is that this seems to lend additional support to the Department of Justice’s position in the agency pricing settlement talks—that Amazon’s “monopoly” power isn’t keeping potential new players out of the market. After all, here’s one coming in with the stated intent to compete with Amazon right off the bat.