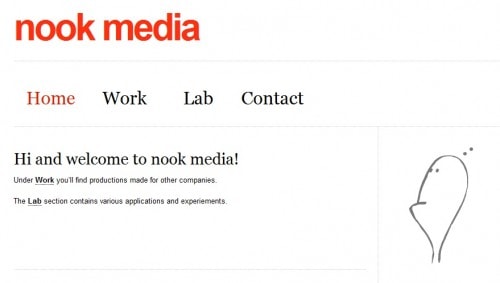 Naming a company these days is a 2 step process. One, find an available URL, and two, name company after that URL. B&N seems to have forgotten this.

Remember when Netflix decided to spin off their DVD business and call it Qwikster? Many bloggers had a lot of fun with the fact that Netflix forgot to secure the @Qwikster Twitter account before the announcement. That account belonged to one Jason Castillo and was used for little beyond discussing how much Jason liked pot.

Today B&N made a similar mistake in launching Nook Media, only this one is not quite as amusing. Mike Cane pointed out to me earlier that the website address for NookMedia.com is already registered, and so is the Twitter account. Both appear to belong to a Swede by the name of Mattias Hallqvist.

According to his LinkedIn page, Mattias is a game developer with QuickSpin, a Stockholm based developer of online gambling casinos. Yes, B&N’s new company name is associated with a guy who works in the gambling industry.  That just screams family values, doesn’t it?

Mattias seems to have owned the NookMedia.com URL since early 2010, and he has owned the Nook.se URL for nearly as long, a couple details which I found in about a minute.  It’s a pity B&N didn’t think to do the same.

See, when I first heard the name for B&N’s new sub I thought they could do better. It’s not a terribly original name, and you can tell that from the fact that someone is already using it. On the upside B&N is going to get a chance to pick a better name.