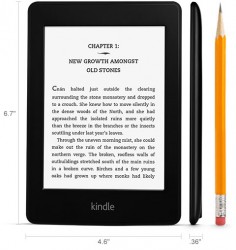 The Kindle Paperwhite might have its issues but they’re not stopping it from being immensely popular pretty much everywhere.  This ereader is still facing a 4-to-6 week shipping delay in the US, and there are reports today that it faces similar delays in the UK and Europe as well.

Amazon’s hottest ereader was originally scheduled to ship on 25 October, but the product pages on Amazon.co.uk now show that the 3G model is shipping a week later, and the Wifi model is shipping nearly 3 weeks later.

These ereaders have only been up for pre-order since Thursday of last week, and that is an impressive amount of demand in such a short time. 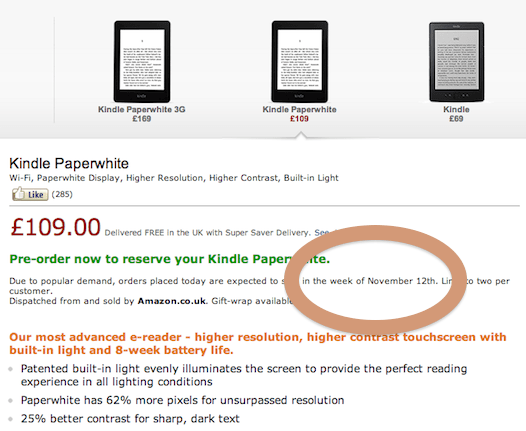 The Kindle Paperwhite is also facing delays in some parts of Europe. Depending on which local site you order it from, it might be as much as a week behind schedule. The Wifi model in particular is showing delays in Germany, Italy, and Spain, with a promised ship date of 3 December. The 3G model doesn’t seem to delayed anywhere and the Wifi model has no delay in France.

On a related note, the Kindle Fire HD does not show a similar delay on any of Amazon’s European websites. It’s interesting, isn’t it, that even in this day and age there is less demand for the tablet than the ereader.