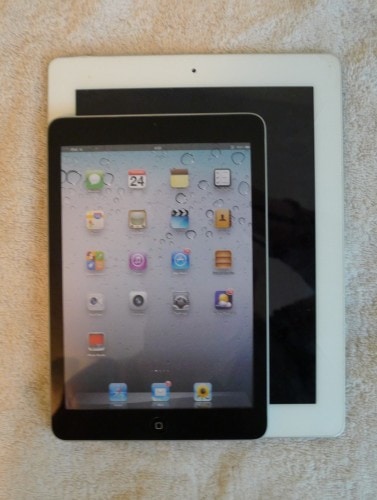 There’s a new rumor going around today the iPad Mini, and just let me start this post by saying the rumor is almost certainly not true.

9to5Mac is reporting that they have new details on the iPad Mini prices. According to their sources, Apple’s smaller tablet is going to be priced at $329 and up. Their sources go on to add that the 3G models will cost $130 more than the comparable Wifi models.

Needless to say, I’m going to bet that this rumor is wrong.

We’ve already seen a leak from Germany showing that the European price will be 249 euros. Assuming Apple prices the iPad Mini like they have priced their past gadgets, the US retail price will be $249. Yes, I know that the conversion is off, but the European price includes taxes as well as a premium to cover the higher cost of doing business in Europe. It’s also how Apple has always rigged their prices ($ = €).

The main reason I don’t believe the rumored $329 price tag is that when you do a straight conversion of the 249 € price you end up with $324.  That’s just not how Apple does things, so if 9to5Mac is correct then the older leak is wrong.

Also, do you really think Apple could sell a $329 iPad Mini when it had to compete with a $199 Kindle Fire HD? I don’t, and that goes double when you factor in the rumored amount of storage (8GB vs 16GB).