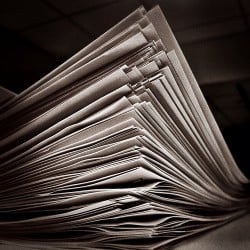 As you probably know, the DMCA is a US law which makes it illegal to strip the DRM from music, ebooks and other content. There are a limited number of exceptions to the DMCA, and every 3 years the Librarian of Congress, with the recommendations of the Register of Copyrights, publishes a new list of exceptions – specific use cases and situations where removing DRM is not a crime.

The list of exceptions was released today, and there is both good news and bad news for ebooks.

Update: One reader pointed out that I should have read more carefully. The exceptions for disabled readers is actually broader than before. A couple restrictive clauses were removed. For example, the exception used to state that all versions of a title must have the accessibility features disabled. Now someone can strip the DRM of a legally purchased Nook ebook just because that is the one they own. It doesn’t matter if the other formats are accessible.

What would have I liked to see? How about allowing us to remove DRM on dead platforms (MSReader, Microsoft, and more) or perhaps an exception on removing DRM on legally purchased content after the seller revokes access (okay, that would never be allowed to happen).

Still, at the very least I can report that the status quo has remained ante. With this Register of Copyrights, I expected to lose exceptions, not gain any. She is an industry stool pigeon after all.

image by jenni from the block