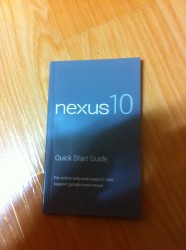 Here’s a surprising follow up to the Nexus 7 FCC news I reported a few hours ago.

A Korean language gadget blog has just posted photos of what looks to be the user manual for the new Nexus 10 Android tablet. This tablet had showed up in Picasa and in server logs last week and now it seems it has been confirmed (not that I ever doubted it; the leaks came from 3 sources).

They’ve only posted 2 photos, and I don’t know about you but I was hoping for more. But what I can see looks quite believable – but only because of the past rumors. 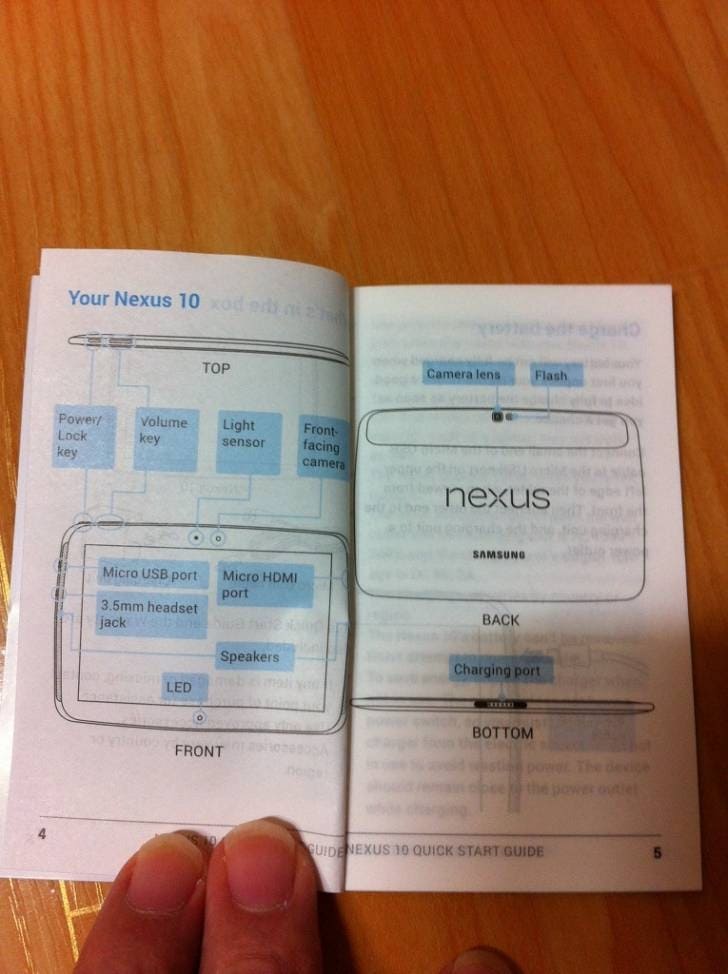 These photos only show 2 pages from inside the user manual and they look a lot like any other user manual for an Android tablet. It would not be hard to fake them, and the same goes for the cover image.

But considering that I expect to see the Nexus 10 next Monday I’m not sure it really matters. It’s reportedly going to run Android 4.2, and if this user manual is correct the Nexus 10 will be a premium tablet with specs that might put it in the same class as the iPad, including 2 camers, an HDMI slot, and various other sensors. Given that everyone has said Google’s goal was to compete with the iPad, I would not be surprised.