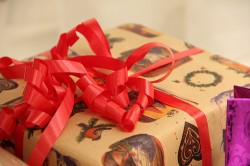 I see that I have a lot of new readers today, and a heck of a lot are coming here to get the instructions on how to get Android Market on a budget tablet. I’m betting you could benefit from the several getting started guides which I’ve written for past holiday seasons.

A few of the guides are a tad old, but to be honest some of the tablets which were bought this holiday season are even older.

I also wrote a couple posts on getting started with a Kindle Fire HD, and I’m sure they will be useful.

Getting Start With an Android Tablet

How to Read a PDF on Android

These next 2 posts cover the steps I took to turn the KFHD from Amazon’s media tablet into a more useful Android tablet. Thanks to the Google apps, this is now one of the tablets I keep on my desk as a work tool.