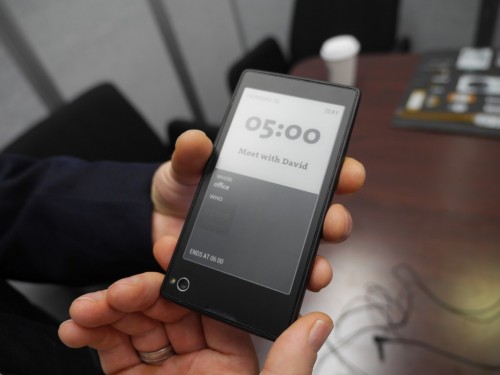 The hottest gadget at CES isn’t on the show floor. It’s the Yotaphone, that dual sides smartphone from Russian gadget maker Yota Devices. I still haven’t gotten in the room with it, but it turns out my good friend Charbax did. He got to spend a few minutes in the Yota suite and he shot the following video while he was there.

The Yotaphone is a dual screen smartphone with an E-ink screen on the backside and an LCD screen on the front. This gadget was unveiled about a month ago but it was only this past week that bloggers finally got to see it in person.

The reports are fairly consistent. Most say that this was the coolest gadget at the show but it also needs work.

Yota Devices is expecting to ship this phone to Russian and European telecoms in the third quarter and plan to have it in the US market by the end of the year.