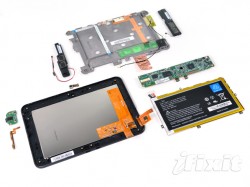 Do you recall the story about the Kindle hiring spree from a couple weeks ago? Amazon was (and is) hiring a lot of new people to develop more Kindle products, but they were also hiring all sorts of corporate positions as well with the apparent goal of building up Lab126 so it could stand on its own 2 feet.

That was an interesting piece of news, but it’s dwarfed by the information I just uncovered today. Amazon is not only developing new consumer products; they are also developing original components to put in their next Kindle hardware.

Earlier today a confidential source tipped me to a rather interesting connection on LinkedIn. I cannot see the connection myself, but I was told that Tony Slack, the CTO at Liquavista, was now directly connected to Carolin Fischer. She’s the HR Manager for Mergers and Acquisitions at Amazon. That raises some interesting questions does it not?

Could this be a sign that Amazon is investing in Liquavista?

Liquavista is a screen tech company owned by Samsung which is working on a replacement for LCDs. Their tech is going to have the same color qualities as LCDs while also using low-power. They’ve been working on it for 8 years now but have yet to release a product to the market. That was supposed to have happened in 2010, 2011, and 2012.

Amazon could be looking at Liquavista for screens for the next Kindle hardware.

Yes, but it could also simply mean that those folks spoke briefly at some trade show and later connected on LinkedIn. That happens a lot and is in fact much more likely to be true. And given that I have not found any other connection I’m not going to get too excited about the possibilities.

Besides, I found something just as interesting. I might not be able to show that Amazon is working with Liquavista, but I can show that there is a high probability that Amazon is developing their own screen tech and CPUs.

I was rooting around on LinkedIn, looking at Lab126 employees and I found a couple recent hires that tell me a lot about Amazon’s hardware plans.

I might not be able to show a connection between Amazon and Liquavista, but I did find the profile of Jerry Chung. He’s been the manager for display hardware at Lab126 since May 2012, and before that he was a manager at Pixel Qi, Apple (he managed screen tech development), and Sipix.

And then there is Siamack Haghighi. He’s a system and chip architect at Lab126, and before Amazon hired him in June 2012 he held similar positions at other companies.

There are over 1,000 Lab126 employees on Linkedin, and I’m sure that if I looked through all the profiles I would find other profiles which confirmed my conclusions. But I’m not sure it’s necessary.

Amazon has screen tech people. They have chip designers.

Those are pretty good signs that Amazon is working on custom components for their next generation Kindle hardware. They’ve moved beyond simply designing the device to designing the components that go into it.

On a related note, I think we now know why Amazon hasn’t bought Texas Instruments’ Omaps CPU division. It was widely rumored in October 2012 that Amazon was interested in picking up the division, which TI had planned to simply shut down.

Three months later that deal still has not happened and today I think I found out why.  Amazon already has their own chip people in house working on the chips Amazon plans to use in the next Kindle hardware. They might not see a need to take on an entire development team whose attention was divided among several different TI customers.

And given that in November TI laid off 1,700 people from the Omaps division, I would bet at this point Amazon could simply hire the folks they wanted rather than buy the entire division.

We could also look at that lay off as confirmation of a sort. Amazon might be one of the ex-TI customers which are developing their own chips, so TI isn’t keeping the staff around anymore.

In any case, the next Kindle hardware is likely going to surprise us.