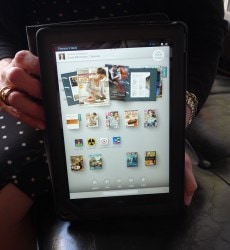 Buy one of these ereaders between now and 11 March and you will also get a $50 B&N store credit that can be used to buy ebooks, movies, magazines, newspapers, TV shows, and more. The credit is good on all Nook HD+ purchased on www.Nook.com or in one of Barnes & Noble’s 689 stores across the US.