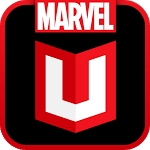 I have long been a fan of all-you-can-read subscription plans, so when I learned yesterday that Marvel had finally launched Marvel Unlimited on  Android I was initially thrilled.

Marvel has been looking for alternatives to selling monthly singles for quite a while now, and if not for the many limitations Marvel Unlimited might be their best shot at an ongoing revenue stream.

This subscription service initially launched in 2007, and arrived on iOS in March 2013. And yesterday the app showed up in Google Play.

Marvel Unlimited offers subscribers access to over 13,000 back issues (all more than 6 months old).  The cost is a rather steep $10 a month or $60 per year, and in exchange for all that moolah readers get to read from a scatology consisting of over 70 years of Marvel’s greatest comics. The comics can be read offline, but Marvel limits readers to only having 6 titles downloaded at one time. 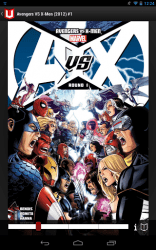 If that hasn’t killed your enthusiasm, then the early reviews might.

The Android app has been available for about a day and it has already accumulated 40 reviews. A dozen of the reviews give the app a single star, and most of the 1-star reviews raise valid complaints about stability, a non-functional zoom, non-responsive page turns, titles missing from the catalog, and other issues.

Android is my preferred platform and I have been wanting to catch up on a number of titles,  so I was planning to sign up for Marvel Unlimited right away. But after reading the reviews I have decided to wait a bit. The app is going to need to go through at least one major update before it is usable, and $60 is simply too much to pay for a crappy experience.

This isn’t Sim City, you know.