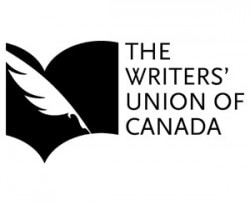 Self publishing has long been accepted by readers, writers, and even (parts of) the publishing as legitimate and mainstream, but some author’s groups are still excluding even successful self-published authors from their membership roles.

For the past year, an ad hoc membership committee has been gathering feedback from chapters across the country on whether the organization should revoke its long-standing policy of not admitting self-published authors. Members will vote on the issue at TWUC’s AGM in Ottawa at the end of May.

The Writers’ Union of Canada has over 1,900 members, and opinions are divided on the topic. Some members such as Armin Wiebe, author of Tatsea, have noted that being an independent creator doesn’t carry the same stigma in other industries. “In other areas of the arts it is not considered unseemly to produce your own music recordings, mount productions of your own play, or to rent a gallery space to hang your own art show,” Wiebe is quoted in the CBC article.

Wiebe goes on to add that his issue isn’t with whether authors is independent but with the quality of their work. “I have no objection to self-published authors joining TWUC as such… My problem with most of the self-published books I have read or tried to read is a serious lack of editing, both substantive and copy editing. Those are services that a good publisher will invest money in, so if you self-publish you should invest in it too.”

He does have a point there, but I’m not sure it is a strong one. Remember, Twilight, Snooki’s autobiography, and Ann Rice were all published by legacy publishing houses. Also, a brief glance through a photo blog like Good Show Sir will convince you that legacy =\= quality.

And Wiebe isn’t the only member to still have doubts. Bob Armstrong, author of Dadolescence, has yet to make up his mind. “There are a number of ideas in play here,” Armstrong said. “One is that self-publishing is moving beyond the traditional vanity-press status for some writers. But at the same time, TWUC wants to remain the voice of the professional writer…  If we don’t expand our membership, do we miss out on the opportunity to bring in new, often younger, writers who work within a different literary culture?”

It’s not clear yet which way the vote will go, but the fact that this change is being considered at all is a significant development – for Canada, at least.

This story isn’t the earth-shattering kaboom it first appears because TWUC won’ bet the first to accept self-pubbed members.

P.S. If someone could leave a comment and verify whether The AG is actually accepting self-published authors as members, I would deeply appreciate it.  All I have at the moment are the claims on the website.

P.P.S. I was surprised when I was reminded that the AG accepts self-published members, but even more surprised to learn that the SFWA does not yet do so.