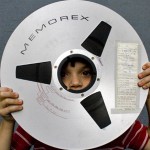 Amazon is sending out an email today with a sad announcement. They’re shutting down the 14-month-old “Audible Author Services”. This program paid authors a dollar for each of their audiobooks that were sold via Audible.

The email encouraged authors to produce more audiobooks and promote their audiobooks in June, the last month in which they could earn the $1 honorarium, and thanked authors for their participation:

From the outset, the $1 honoraria was only slated to be a one-year program to make you more aware of your audiobooks and their place in your growing book portfolio, alongside print books and eBooks. We are particularly grateful for your participation and feedback over the life of the program. Thanks to your insights, we’ve been able to launch new programs and features to better support all authors, including a sales dashboard for authors who make their titles available through ACX.com and distribution of free author copies of your audiobooks as they are released.

That program was launched in April 2012 with a pool of $20 million. Amazon was paying authors a dollar per audiobook, and while it didn’t look like much this was probably one of Amazon’s more subtle ways to disrupt the publishing industry.

I’ve written this before, but it bears repeating. Any time Amazon does some new book-related thing, their ulterior motive is to disrupt publishing.

In this case Amazon was disrupting publishing in three ways. The first was that this program gave Amazon a chance to sidestep publishers and connect with authors via audiobooks, and in the long run that could be worth a lot to Amazon.

But that’s not Amazon’s only gain. I missed this when the program launched last April, but one author has pointed out to me that that honorarium is also a disruptor of the author-publisher relationship. For some authors, that buck per copy sold is more than they get from their contracts with their publishers, and that fact is probably going to get to them eventually.

That author also pointed out that authors who participated in this program were able to use it to double check the royalty statements from their publishers. Here is how it was explained to me:

Just imagine you are that author; how happy would you be when you discovered that your royalty check was off?

The publishing industry is infamous for arcane, inaccurate, and delayed royalty statements, so even though Amazon might not have intended to disrupt publishing I am sure that this program still managed to do so.

“Audible Author Services” was Amazon’s second major project to grow the audiobook market. It followed the launch of Audible Creation Exchange in May 2011, a marketplace where authors could have audiobooks produced. Amazon has also been running an ebook+audiobook bundle pilot program in the Kindle Store, where they are trying to find a new price point for audiobooks.  They also recently started launching new bestseller lists for audiobooks which combined downloadable audiobooks and physical audiobooks.