ComiXology (aka Amazon’s next ebook acquisition) announced a deal on Saturday at Comic-Con.

No, they didn’t invent a practical Iron Man suit, but comiXology did just sign a new distribution agreement with Scholastic, the leading children’s and academic publisher. 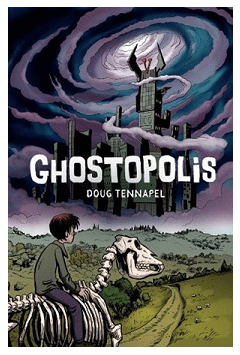 comiXology is going to be carrying graphic novels published by Graphix, Scholastic’s comics imprint.  Nineteen titles were released yesterday (here), and they will be quickly followed by more. The 19 titles are available to read on all parts of comiXology’s platform: iPhone, iPad, Android, Kindle Fire, and Windows 8. In the future new Graphix titles will be released through comiXology at the same time as the print editions.

Scholastic launched Graphix in 2005, and for the past 8 years it has been publishing graphic novels for elementary, middle grade, and young adult readers. Graphix has released both original titles as well as adaptations including Smile and Drama by Raina Telgemeier, Ghostopolis, Bad Island, Cardboard, and Tommysaurus Rex by Doug TenNapel, ChickenHare by Chris Grine, and graphic novel adaptations of The Baby-sitters Club and Goosebumps series.