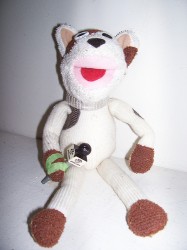 Earlier today the online ereader community MobileRead Forums announced that they had caught a serious case of sockpuppets.

They believe that Ectaco, a manufacturer of translation products and ereaders, has been maintaining sockpuppet accounts on the forum since at least 23 October 2008. For the past 4 years Ectaco’s sockpuppets pretended to be average consumers and gushed about Ectaco products.

But that’s not all; there is evidence that Ectaco has been actively sockpuppeting more than just MobileRead. Similar behavior has been identified on at least one other forum as well as on 2 different ereader blogs.

There are many details that Mobile Read has decided not to disclose (including the number of accounts that trace back to Ectaco) but there were at least 2 accounts that were actively behaving like sockpuppets. Those 2 accounts were registered under the usernames LuBIB and Kris777. The latter account has been a member since 2008, while the former account registered in May 2009. The 2 accounts made a total of 2100 posts on MobileRead during that time.

There are identifying details which I am not allowed to share, but I can confirm that all of the accounts registered by Ectaco employees visited from a particular IP address. That IP address was readily traceable back to Ectaco’s offices in NYC.

So what did I mean by describing them as behaving like sockpuppets?

There’s no single post for me to point to, of course. Like in other cases of sockpuppetry (for example Belkin in 2009) it’s the pattern of behavior across many posts that suggests a sockpuppet. In short, Ectaco’s sockpuppets took on the roles of an extreme form of fanboyism:

This doesn’t look much different from the behavior of your average marketing rep, but that’s the thing. MobileRead didn’t know that these were marketing reps from Ectaco.

Ectaco’s sockpuppetry extended beyond MobileRead Forums. They’ve shown up on this blog, for example. I have found 7 comments on The Digital Reader that were left by commenters visiting from Ectaco’s IP address. None identified themselves as Ectaco reps but all defended Ectaco’s products or conduct.

There’s also a 2008 post from a Kris777 on a foreign languages forum. For the sake of brevity I will not quote it here, but if you go read it I’m sure you’ll think it comes across as a sales pitch for one of Ectaco electronic translators.

And then there’s the evidence that Ectaco’s sockpuppets also showed up on a competing ereader blog. Back in 2010 The eBook Reader Blog  posted a an article which was critical of the then-new Jetbook Mini, and the sockpuppets showed up to defend the ereader

After that blogger sparred with Ectaco’s sockpuppets for a few rounds, he posted this:

I let the first comment slide but now I’m going to have to call you out since you’ve decided to accuse me of working for Amazon or some other ereader company. How ironic that accusation is. (For those of you reading this, grab something to drink, sit back, this is about to get really interesting.)

Whenever someone leaves a comment on a blog, WordPress records the user’s IP address. In the IP address for the comment left by “lovelyread”, the second comment from the top, the marker ectaco.com follows the IP address. It doesn’t take a genius to figure out the point of view of that particular comment.

The next comment left by Larry1310 does not have the ectaco.com marker in the IP address, but the commenter did use the same exact email address as the one used by lovelyread (he obviously went home and posted that comment from a different computer). Clever.

Update: Ectaco’s astroturfing now includes Wikipedia. On the day after this news broke, a new entry was added to Ectaco’s Wikipedia page detailing the sockputtry on MobileRead and other sites. An Ectaco sockpuppet registered a new account with Wikipedia and edited the section (see revision history dated 26 July) with lies to cover up Ectaco’s past actions.

Ectaco is originally a Russian company, and it is best know for its line of electronic translators, both devices and apps. Ectaco also owns Lingvosoft and sells translators under that brand.

This company first came to my attention in 2008 when they announced the Jetbook, a very basic ereader with a 5″ grayscale LCD screen. This ereader was later supplemented by the launch of the Jetbook Mini in late 2010.

Ectaco did not design or build any of these ereaders (with the possible exception of the Jetbook Mini). The original Jetbook was first developed for the Chinese market by JCNIP (I have one). I can also confirm that the Jetbook Color is the work of the Chinese ereader maker Hanvon. That device maker showed off the prototype at CES 2011.

Ectaco was contacted in the course of the investigation and did not respond.