Nvidia has just officially unveiled the 7″ Android tablet that cleared the FCC last week, and it is every bit as impressive as the paperwork made it sound.

In fact, I would say that it is too good to be true. Nvidia is touting The Tegra Note as a $199 ultimate 7″ Android tablet, but the specs and features are as good as what I would expect to see on a tablet that costs $100 more.

The Tegra Note is Nvidia’s reference design, and it is going to be licensed to tablet makers.

This tablet has the latest version of the Tegra chip with a quad-core CPU and a 72-core GPU and it is running a version of Android which has been optimized to work best on the Tegra Note.  It comes with 2 front-facing, sound-optimized front-facing stereo speakers, a pair of cameras, 16GB of storage, and more battery life than you can shake a stick at.

And then there’s the stylus, which Nvidia describes as: 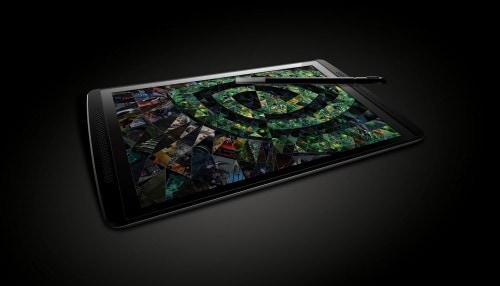 And it’s not just the hardware that sounds amazing; the software features also show that a lot of work went into this tablet. For example, the camera app is much more capable than most:

All in all, I don’t see how this tablet can reasonably be sold with a retail of $199, but that’s what Nvidia is saying. This tablet should be available from one of Nvidia’s partners in October, but something tells me that the $199 tablet is going to be a lot less impressive than the tablet unveiled today.

I don’t mean to be cynical, but the abilities and specs that Nvidia is ascribing to the Tegra Note reminds me of the Samsung Galaxy Note 8.0, and that is a $400 tablet with a less powerful CPU and better camera, but equally impressive software. If Samsung priced their cutting edge tablet at $400 then how did Nvidia manage to come up with a design that cost $200?

I must have missed something.

I wonder if perhaps this tablet is priced at $200 in anticipation of the new Kindle Fire HD? The leaked benchmarks for that tablet suggest it is going to be considerably more powerful than its predecessor, and that could spur Nvidia to release an equally impressive at a $200 price point.

That would make sense, right?

P.S. Here’s a set of the specs for quick reference: