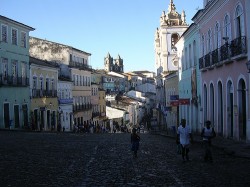 estimates from the Câmara Brasileira do Livro show that the Brazilian ebook market saw stellar growth in 2012. Their research revealed that over 4 times as many ebooks were sold in Brazil in 2012 as in 2011.

But that doesn’t really matter much because ebooks were still less than 1% of the overall Brazilian book market. While that is obviously a minuscule figure, the other details from CBL are much more interesting.

CBL’s research also included a survey of Brazilian publishers which showed that 68% sell ebooks, and that 59% are still unsure as to what format they should be selling. Of the total who answered the question, 70% reported selling DRMed ebooks. As for distribution, 52.4% of use digital distributors and 58.7% use other sales channels.

It’s not clear from my sources, but I suspect that the 1% market share is based on a survey of publishers and not market research. There is also no information on which ebookstore had what share of the market in 2012.

Brazil has a population of around 200 million, most of whom speak Brazilian Portuguese.