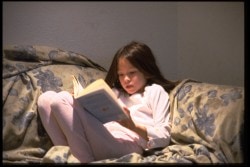 When Kobo launched their new gadgets in late August they also promised that they were working on a kid-friendly ebookstore that would enable parents to control how much their kids spent and what content their kids could see.

It’s been 2 months since that announcement with nary a peep out of Kobo, but today I learned that the Kobo Kid’s Store has just launched. Kobo announced the launch in an email circular today, and I found out at MobileRead.

Update: The new Kid’s Store actually went live close to a month ago, but I don’t think anyone noticed.

The new section is live, and I went hands on. All in all, it’s rather useful but it could still use a lot of work.

Parents can now go into their “My Account” page and set up a subordinate account for their kid. That subordinate account is restricted to accessing only the kid-safe section of Kobo eBookstore. This unfortunately also cuts off a lot of otherwise safe content that wasn’t specifically published for kids, but I guess you cannot have everything.

A kid’s account has only limited access to funds, so parents won’t have to worry about a £4,000 shopping spree. Funds have to be doled out by the parent in increments of $10 to $25, and if the kid’s account runs out of money they won’t be able to buy anything (thank god).

I still have nightmares of my younger brother running up $500 cellphone bills so I am pleased that Kobo has gotten the finances right. And given the recent blowup over erotica in the Kobo, Kindle, and other ebookstores, it’s good to know that Kobo is offering a kid-safe solution. 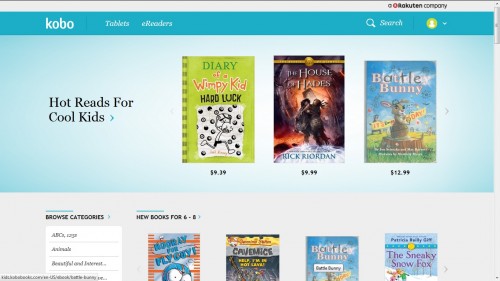 But it’s not perfect – not even close. To be more exact, the general account management features leave a lot to be desired. For example, there’s no way for the parent account and the kid account to share an ebook. Instead you have to buy a second copy.

That is frankly ridiculous; in my house we only bought one paper copy of the Harry Potter series and then shared them. I don’t see why we shouldn’t expect to do the same with ebooks.

There’s also no way for a parent account to gift an ebook to the kid’s account, which presents an entirely separate problem. There is an awful lot of content in the main section of the Kobo eBookstore that is perfectly safe for kids, and I know that I would want (as a hypothetical parent) to be able to grant access to certain titles which I had bought in the Kobo ebookstore.

Furthermore, the content limitations are going to cause some merry fun with assigned reading in high school. There are any number of adult titles that are assigned reading (Catcher in the Rye, for example) that a kid’s account cannot access.

In conclusion, I think this is a good first step for Kobo. It will indeed keep kids safe, but only at the expense of stifling the advanced reading skills of teenagers and pretty much everyone else who reads above their grade level. It’s all well and good to protect kids, but if the protection also stifles growth then it comes at too high of a price.

P.S. I, for one, read on an adult level in the 7th grade. In the 8th grade I did book reports on Metamorphosis, The Elephant Man, and The Scarlet Letter – 3 titles which Kobo is very careful to protect kids from.