Pottermore has just announced that they have expanded into Japan. The ground-breaking and unique online experience from J.K. Rowling (which is based upon the Harry Potter stories), is now available in Japanese.

It may have taken Pottermore more than 2 years to launch in the home country of its long-time partner Sony, but it has finally happened.

Japanese fans can now join other enthusiasts and explore the first three books of the Harry Potter series in full, along with the first installment of the fourth book, Harry Potter and the Goblet of Fire.  Japan is the biggest market for the Harry Potter brand outside the USA, with over 24 million books sold and over 75 million tickets to the movie series purchased, so I am sure that this launch was eagerly anticipated. 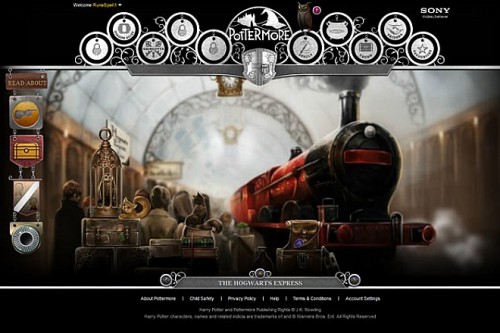 And in addition to navigating the storyline in the books, fans can also explore a series of beautifully illustrated interactive ‘Moments’ which were written based on extensive new material from J.K. Rowling. Fans can also visit a virtual Diagon Alley to discover which wand will choose them, take part in the Sorting Ceremony, or cast spells and brew potions to help their house compete in the Pottermore House Cup.