PCs, cameras, laptops, and even the occasional ebook reader, the German-born grocery store chain Aldi is no stranger to selling budget electronics. And today they are selling a tablet.

Would you like a budget tablet with your discount groceries?

I have just learned that the Medion LifeTab E7312, which had previously been launched in Aldi’s UK, Dutch, and German stores, is now available in the US with a retail price of $99. This tablet sports an unnamed dual-core CPU with a pair of cameras, a decent resolution screen, and otherwise eye-catching specs. 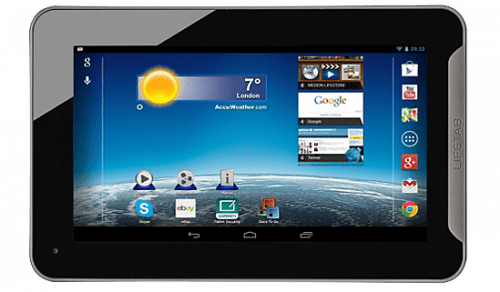 It also has a g-sensor, a single speaker on the back, 2 cameras (a VGA webcam and a 2MP rearcam), 8GB of storage, and a microSD card slot. Retail price is $99, and it’s in stores now.

It’s often difficult to prejudge a tablet just based on the specs, but I can tell you that hardly any tablets at the $99 price point have 2 cameras, and more than a few only have 4GB of storage. Just on those 2 points alone the Medion LifeTab E7312 comes out ahead.

But will the performance live up to the specs? I don’t know, but I can say that Aldi has a reputation for providing a good value for the price. I think there’s a good chance they’ll keep that reputation.