A new report reveals that nearly 2/3 of kids in the US live in a household with either a tablet or ebook reader, but only about half that number have read on the device.

The Joan Ganz Cooney Center released a new report today which shares the results of their most recent survey into kids’ media usage in the US. A total of 1,577 parents on how much time their 2 to 10 year old children spent with educational content on televisions, computers and video games. 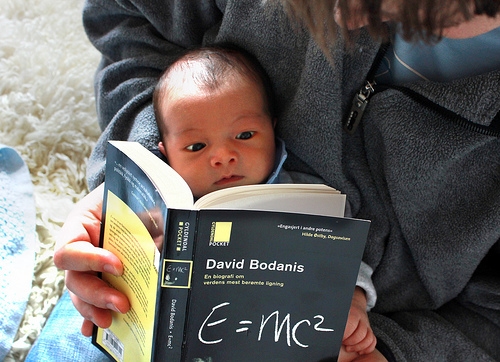 According to the parents who participated in the survey, their kids read paper books an average of 29 minutes a day, but they only averaged 8 minutes reading on a computer and 5 minutes a day on either an ereader or tablet. The parents also estimated that their kids spent 56 minutes a day consuming educational screen media (this includes watching DVD, games, online research, and reading), so that 5 minute statistic is as low as it sounds.

But it’s also not a surprise. Just last week the Pew Research Center reported that half of American adults owned either a tablet or ereader, and 28% had read an ebook in the past year. This is fairly close to the figures reported by the Joan Ganz Cooney Center, which tells us that kids and adults are adopting ebooks at about the same rate.

More than half (57%) say their child has learned “a lot” about one or more subject areas (e.g., reading/vocabulary, math, or cognitive skills) from educational media, and 54% say their child “often” takes specific actions as a result of their exposure to educational media, such as talking about something they saw
(38%), engaging in imaginative play based on it (34%), asking questions about it (26%), or asking to do a project or activity inspired by it (18%).