Devices, makers of the eye-catching Yotaphone, announced late last week tha they had a new investor. This 5 year old Russian firm has confimed that they are now partially owned by Rostec, a state run investment firm.

Rostec is primarily known as a defense corporation, but the company also invests in civilian tech like the Yotaphone. They took control of a 25% stake in Yota Devices in late December 2013 by exercising one of their existing options. Rostec had owned an interest in another larger mobile-technology firm which used to own Yota Devices before it was spun off in 2011.

According to a Yota Devices spokesperson, no money changed hands as part of the deal. The spokesperson went on to add that the firm doesn’t expect that the new ownership stake will affect its operations, though given the ongoing international crisis in the Ukraine I am not so sure I would agree with that point.

Yota Devices is best know for making the dual-screen Yotaphone, a novel smartphone that combines 2 screens, one LCD and the other E-ink, on a svelte slab style smartphone. 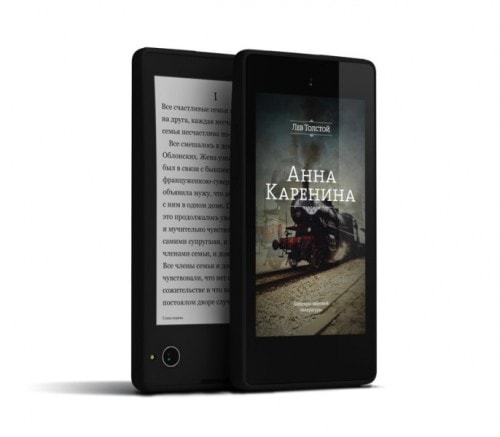 The first Yotaphone, which shipped in December 2013, is available in Russia, Germany, France, Austria, and Spain, and it will go on sale in the UK this week. That model sports a 4.3″ LCD screen and a 4.3″ E-ink screen, and retails for 499 euros.

The second-gen Yotaphone, which was unveiled last month, has a 5″ AMOLED screen and a 4.7″ E-ink screen. This model is expected to ship in Europe and Asia in Fall 2014.