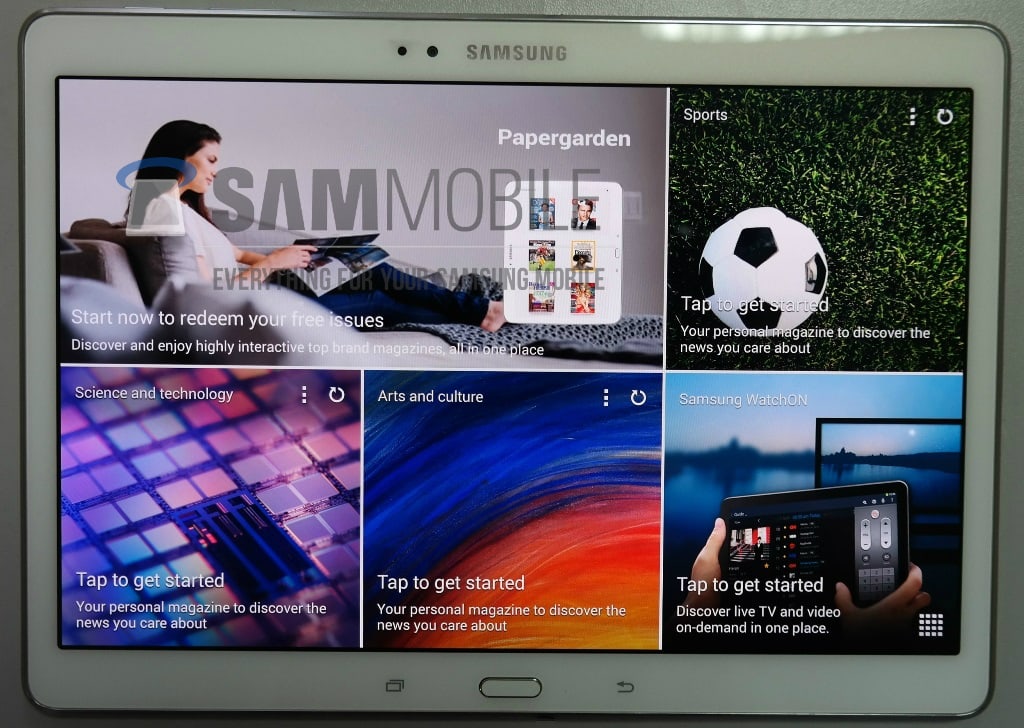 SamMobile has posted a couple photos of the new Samsung Galaxy Tab S 10.5. This tablet, which is expected to have a 10.5″ AMOLED screen, originally leaked on Monday of this week but has yet to be confirmed or announced by Samsung.

There’s going to be two models, one with a 10.5″ screen and another with an 8.4″ screen. They will have 3GB RAM, an 8MP camera, and a 2.1 MP camera. And as we can see in the photos below, the rear camera will be equipped with an LED flash.

In terms of connectivity, the Galaxy Tab S will offer Wifi, Bluetooth, Glonass, GPS, and an IR blaster. There will also be models with LTE, but current reports say there won’t be a 3G model.

And as you can see in the photos, the Tab S 10.5 looks like the many other 10″ and larger  Android tablets from Samsung. In fact, I am not sure I could tell the difference between this tablet and any of the other models. The lack of a slot for the stylus tells us this is not a Galaxy Note, but that (and the flash on the rear camera) is about its only distinguishing feature.

One of the Tab S line’s other distinguishing features is not obvious in the photos, and that is the fingerprint scanner. Both models will reportedly have a scanner integrated into the home button (just like Apple added a fingerprint scanner to the iPhone 5S).

The leaked specs for the Tab S line tell us that we are looking at a premium line of tablets, with prices expected to be between the Galaxy Note and Galaxy Tab Pro lines. There is no official word on when this tablet will be available.