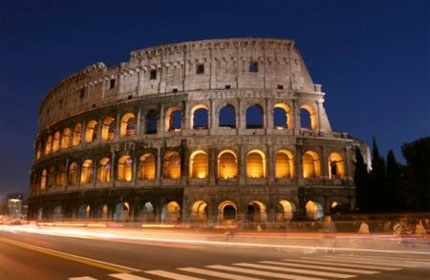 nearly 2 years since Amazon signed an affiliate deal with Waterstones in the UK, and new partners are still few and far between. While Amazon does have a pilot program with the UC Davis bookstore, and a few booksellers have signed up to be affiliates, but you can still count Amazon’s partners on one hand.

And that’s why I am sure Amazon was pleased to announce today that they had found a new partner in Italy.

Leading Italian bookseller Giunti al Punto will soon be joining Amazon in a new online and offline partnership which will see the bookseller carry the Amazon Kindle in its 170 stores. Any Giunti al Punto customer who buys a Kindle will receive five free Kindle ebooks of their choice.

Later this year Giunti al Punto will also be launching a new Amazon-supported retail site where customers will have access to a vast selection of books, physical media products and toys available on Amazon.it.

A brief check of the Giunti al Punto website shows that this bookseller doesn’t have an online retail presence, though it does appear that its parent company has a retail site for the books and ebooks it publishes.

Giunti al Punto is a wholly owned subsidiary of Giunti Editore, one of Italy’s oldest publishers, and it is also one of the larger bookstore chains in the country. Between the retail footprint and the lack of an online presence, it is an ideal partner for Amazon. Both companies possess a trait that the other lacks.

“Giunti, with its centenary history, and its bookstore chain, among Italy’s best known and loved, continue to innovate on behalf of its customers,” said Jorrit Van der Meulen, Vice President, Amazon Kindle. “Amazon and Giunti share the same core values: customer obsession and a passion for reading. With its 170 bookstores, Giunti is the ideal partner for Amazon to help Italian readers discover the benefits of digital reading.”

Amazon is following in the footsteps of Kobo, which makes a habit of signing booksellers as a local retail partner. Kobo’s partner in Italy is Mondadori, a publisher that also owns a chain of 350 bookstores. Kobo announced the deal with Mondadori in July 2012 and launched the partnership in October 2012.

In a way, Amazon is playing second fiddle to Kobo in Italy (a unique experience for Amazon).